Middle-management bloat: General Assembly has 99 leaders out of 187 members 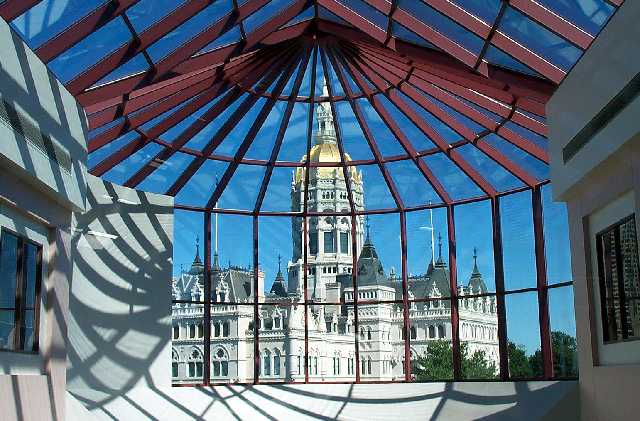 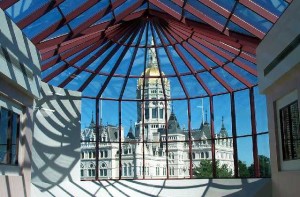 Photo courtesy of the Connecticut General Assembly and the League of Women Voters of Connecticut Education Fund, Inc.

Each legislator with a leadership title gets a small pay increase. Twenty-seven committee chairmen and 19 ranking members also get pay bumps, leaving only 42 House members to earn the base pay of $28,000.

The added pay leads to a proliferation of titles, including “chief deputy president pro tempore and federal relations liaison” and “deputy minority leader pro tempore and caucus chairman for outreach.”

Spokesmen for all four caucuses did not respond to requests for comment.

Every senator earns more than $28,000 and only three members are not in the leadership, Sens. Danté Bartolomeo, D-Meriden; Joe Markley, R-Southington; and Cathy Osten, D-Sprague.

The committee structure is partly to blame for higher pay in the Senate. There are 26 committees, ensuring that most, if not all, senators chair a committee or serve as a ranking member.

In the House, 30 Democrats and 12 Republicans earn the base salary.

Senate Democrats have 20 leadership positions, with two added from last session. Senate Republicans have 13, adding one.

House Democrats have 45 leadership positions, up two from 2011, and one additional member getting paid for being a committee chairman.