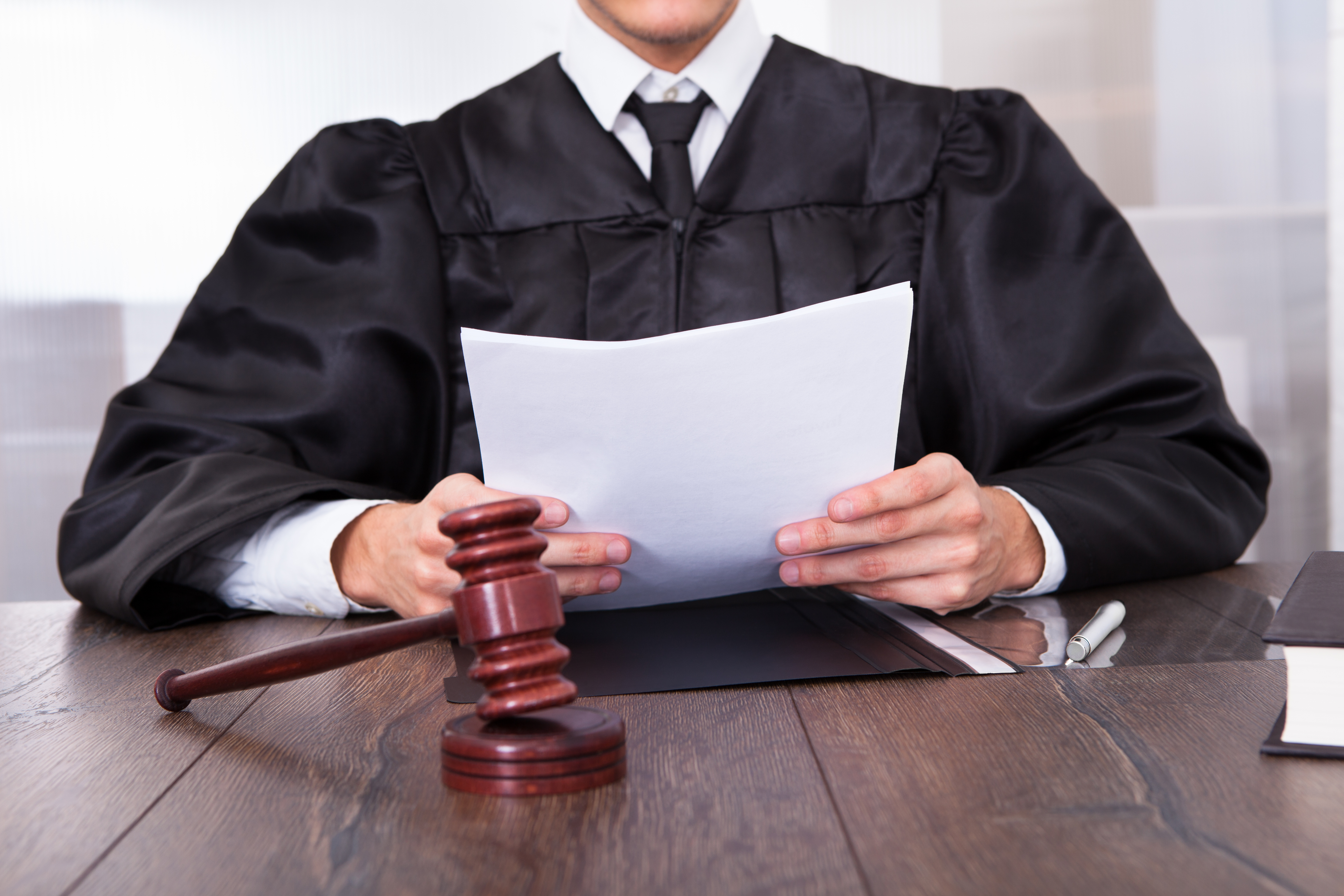 Connecticut’s top ethics official “won’t confirm or deny” the existence of a confidential investigation into the scandal last year that tarnished the Congressional campaign of then-Speaker of the House Chris Donovan.

The two top aides on Donovan’s campaign received federal prison sentences for their role in a scheme that sought to kill a proposed tax on roll-your-own tobacco shops in return for campaign contributions.

Donovan, a Meriden Democrat, has not been charged with any wrongdoing. He lost in the 5th Congressional District’s primary and no longer serves in the General Assembly.

A number of individuals affiliated with the roll-your-own tobacco shops pleaded guilty to federal charges.

To date, the Federal Bureau of Investigation is responsible for all the charges related to the scandal. State prosecutors and other watchdogs have been quiet on these issues.

Meanwhile, the Office of State Ethics continues its attempts to conclude the case of Priscilla Dickman, a former medical technologist at the University of Connecticut Health Center.

In 2010, the Citizens’ Ethics Advisory Board, which hears cases brought by OSE and oversees the agency, fined Dickman $15,000.

Dickman, 57, of Coventry, said she would warn others to “never entertain challenging the Office of State Ethics or the CEAB with the incestuous relationship that exists” between them.

“There’s no justice or fairness in this process,” she said, explaining she hopes the General Assembly will fix the process.

Dickman continues to contest her fine and is seeking to reopen the case in Superior Court based on evidence she didn’t have at the time of her hearing.

Asked if the Dickman case was a distraction from the roll-your-own scandal, executive director of the Office of State Ethics Carol Carson said, “I can’t confirm the existence or non-existence of a confidential enforcement action.”

Carson said her agency’s main criteria is whether “we can prove the case.”

If at any point in the process a settlement is made, that becomes public, too.

Dickman was the first – and, to date, only – person to be formally tried by OSE at a hearing of the Citizens’ Ethics Advisory Board.

OSE has investigated other cases, but none have reached the level of a board hearing before settling or being dropped.

Dickman retired from the UConn Health Center in 2005. She was arrested on criminal workers’ compensation fraud charges in 2007 and soon after was notified of the ethics investigation into her conduct.

The state never proved its original claim of workers’ compensation fraud, but other charges took its place.

The CEAB, which oversees the OSE and hears ethics cases, found Dickman broke the two different laws. One law prevents state employees from using their “office or position…to obtain financial gain” and the other makes anyone who gets “financial advantage” from such abuse liable for damages.

Dickman said she was never disciplined at work for being unproductive or misusing her computer. She said she retired in 2005 “never knowing I was being questioned” until years later when the ethics charges came up.

“On an occasional basis people would come to me and say, ‘Could you help me get a chain for my son?’” Dickman said, explaining the nature of her jewelry sales.

At least one of the witnesses who testified against Dickman at the ethics hearing admits she bought jewelry from her former colleague while at work.

Dickman characterizes her jewelry sales and travel booking as hobbies. She said things she did related to them at work happened while on break.

There were two forms of electronic communication she used at the health center, Dickman said. Mainly she used a secure system for communicating lab results, while email was used less frequently to receive things like general messages to health center employees or communicate with people outside her division.

It was the general email account – not the special system for patient information – that became an issue in the ethics case.

Dickman admits to using her UConn email account on breaks and remotely from a public library, but she doesn’t see how that means she “abused her position” as the statute requires.

In an ironic twist, OSE fined G. Kenneth Bernhard, the chairman of the ethics board who oversaw Dickman’s hearing, $3,500 for making campaign contributions while in that office, which is illegal.

Earlier, one of Dickman’s attorneys pointed out that Bernhard’s appointment was improper, forcing Rep. Larry Cafero, the Republican Minority Leader from Norwalk, to correct the error by reappointing him.

Dickman appealed the board’s decision to the superior and appellate courts, losing both times. The Connecticut Supreme Court declined to hear her case.

Since the Supreme Court’s decision, Dickman, representing herself, filed a motion to re-open the case based on new evidence she received since the original CEAB hearings in 2009 and 2010.

Judge Henry Cohn in New Britain instructed Dickman to bring the evidence to the CEAB and seek to open the case at that level. Dickman presented the evidence at the board’s August meeting.

The board voted not to reopen Dickman’s case, but it was unclear whether the board was dismissing Dickman’s request on a procedural basis – as Jones suggested – or based on the evidence.

Carson said the board voted at its September meeting to “affirm” its previous decision and clarify its intention. “The board gave her the time,” Carson said, notwithstanding Jones’ position. “She didn’t present any new evidence.”

According to Carson, Dickman is presenting evidence she had the opportunity to provide during her appeal process.

Dickman said OSE’s argument amounts to saying, “Ok, let’s burn that DNA,” because it wasn’t introduced properly in court. She will have a chance to make her arguments to Cohn at 2 p.m. Monday, Dec. 2, at New Britain Superior Court.

“I’m confident that it will be resolved,” Carson said. “Every legal authority that has reviewed the matter has agreed with the Office of State Ethics.”

Carson said her agency tries to be “fiscally responsive” but the number of times someone appeals is outside of its control. “We are always balancing the cost of enforcement,” she said.

Dickman said she could not settle the ethics case and admit wrongdoing because she feared doing so would influence the other cases against her. She said she expected somewhere along the way the judicial system or then-Attorney General Richard Blumenthal would step in to make things right.

A jury in Rockville Superior Court convicted Dickman of misdemeanor third-degree forgery for altering a probate document. Dickman admits to writing her name on the document.

Courts found that although Dickman did not financially benefit – or hurt anyone else – by altering the document, the conviction was valid.

After serving a brief jail sentence, Dickman filed a habeas appeal in an attempt to overturn the conviction, claiming the state improperly obtained the evidence against her. She lost that appeal, too.

A separate criminal trial in Hartford Superior Court found Dickman guilty of forging notes from doctors so she could return to work, making her case the exact opposite of the more-typical workers’ compensation fraud prosecutors originally charged her with.

Dickman has a long history with workers’ compensation – she is claiming the health center violated her rights in a separate case before the Workers’ Compensation Commission – dating back to the 1970s. For decades, Dickman says she worked essentially without incident under the arrangements her doctors set out to manage the fibromyalgia related to a past work injury.

Although her doctors claimed they would have signed the documents anyway, a jury convicted Dickman of four counts of felony second-degree forgery after deliberating for fewer than 20 minutes. She received five years of probation as a sentence.

Dickman often points out how others do things very similar to what she did without facing punishment. For example, auditors found widespread computer use for non-work purposes among her colleagues at the health center.

Perhaps her favorite example is an email she obtained after her board hearing. The email appears to show ethics enforcement officer Jones engaged in selling Girl Scout cookies to colleagues.

Carson said use of state computers for non-work purposes, like Facebook, are not ethics issues if there is no financial gain. “I don’t disagree with you that those are both of concern,” she said. “Some of these can be overlapping.”

Dickman was most recently charged with evidence tampering for allegedly altering evidence given to Jones during the ethics investigation. Last year, she pleaded guilty to interfering with an officer, a lesser charge.

“I was kind of proud of that, if I can interfere with that idiot,” Dickman said.