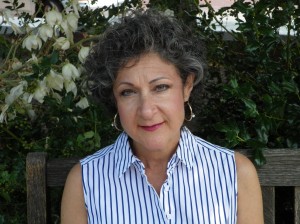 Priscilla Dickman, 55, of Coventry, is the first and only person to be prosecuted to the fullest extent of Connecticut’s new ethics laws and she is also the rare worker convicted of committing fraud so she can go back to work.

Dickman is appealing both of those distinctions, but there are other cases, too.

New London Superior Court concluded Friday the trial portion of a habeas corpus challenge to Dickman’s first criminal conviction – for forging a probate document – and next Thursday the state will proceed with a third criminal case against her.

That’s two criminal cases on appeal and one pending, plus the appeal of an ethics fine.

Before the state began prosecuting Dickman, she worked for it, specifically the University of Connecticut Health Center. The health center declined to comment for this article.

After the first criminal case against her, a judge sentenced Dickman to six months in jail, suspended after 90 days, and two years probation.

Separately, the Citizen’s Ethics Advisory Board imposed a $15,000 fine on her for improper use of state computers and telephones. This was the first time anyone went to trial under the ethics system created after the resignation and federal conviction of former Gov. John Rowland.

In July, after the second criminal case, the state won five years of probation, a suspended jail sentence of four years, and a $20,000 fine, based on four guilty verdicts on felony charges.

With the third case against her to begin Thursday, the prosecution of Dickman continues.

The state has proved three times – twice to a jury and once to a board acting as a jury – that Dickman benefitted from some form of dishonesty. But unlike a traditional fraud, there is no corresponding injury to someone else that mirrors Dickman’s gains.

At the health center, Dickman was the beneficiary of workers’ compensation benefits from an injury dating back to 1979.

Because of her injury, Dickman received benefits such as adjusted work responsibilities or paid time off. For a number of years, she worked four days a week and received a paid benefit for the fifth day.

Dickman retired from the health center in 2005, after failing to get the health center and her doctors to agree on work responsibilities and a schedule. This dispute became the center of the second criminal case against Dickman.

The charges stemmed from two sets of documents created by Dickman.

First, Dickman’s psychologist signed papers to put her on medical leave, but Dickman attempted to make her medical problems appear solely physical by providing a second form from a medical doctor.

In 2007, on the same day Dickman was arrested on the workers’ compensation charges, the state also charged her with two counts of second-degree forgery and one count criminal attempt to commit third-degree larceny.

That case was tried in Rockville Superior Court. A jury found Dickman guilty of one forgery count, a misdemeanor. She served 50 days in prison. A subsequent appeal failed.

The legal argument behind the challenge is multilayered. According to Pattis, the state violated Dickman’s Fourth Amendment rights and without that violation there would have been no prosecution. With no prosecution, there can be no conviction.

First, Pattis argues UConn Health Center management did not follow its own IT policies in obtaining Dickman’s emails. Second, he argues the state violated Dickman’s attorney-client privilege because some of the emails they obtained were correspondence with her attorney at the time.

In one note to her attorney, Dickman mentioned a “doctored” probate document. According to her habeas claim, this prompted the investigation that led to her first conviction.

The state argues Dickman did not reach the threshold for an “actual innocence” claim.

Both sides will further their arguments in briefs to the judge.

Correction: This article has been updated to correct Dickman’s age. She is 55. An earlier version of this article incorrectly identified a misdemeanor charge as a felony.

Agree because when this is left unanswered then anyone with a workers compensation injury being handled by the independent third party GAB Robins/Gallagher Bassett is at risk for this sort of abuse.

To get claims for your case you should be properly aware of your rights to get your claims amount from the authorities who are responsible for your case.If any problems occur then you should talk to a personal injury solicitor.

UConn Health Center Held Accountable? It seems like they never are. A recent article in the Advocate again highlights what seems to be accepted as the norm for this institution.

I once was told by an attorney that it is very easy to get into the criminal justice system but difficult to get out.

I have come to find that when you speak out against the University of Connecticut Health Center, if you question their spending habits, you can become engaged in quite a maze of the criminal justice system.

After four years I was fortunate enough to have come across the services of CT.Confidential Investigators which my attorney Norman Pattis was able to utilize in a recent Habeas hearing. I finally feel the truth is now ready to be told with factual evidence.

The investigators found that UCHC in an attempt to diminish their liability in my workers compensation claim from 1979 and to retaliate against me for filing an ADA/CHRO in 2005 decided to assist in manufacturing evidence which led to my arrests. In so much as the former VP of UCHC, Joan Mazzone and wc officer Brian Eaton had assistance from the law enforcement there was a match made in heaven to get their dirty deeds done.

Four years navigating the criminal justice system in our state just to be able to prove that I was never found in an National Insurance Crime Database concerning a questionable probate document (as alleged) is too long for justice to be served. Much too long to try and prove the inspectors gave false information for an arrest warrant to be issued.

You begin to feel like you are in a series of The X-Files and believe”the truth is out there”. At what cost to me,my family and the taxpayers?

It is time for the State of Connecticut to be responsible. It is time for attorney general Jepsen’s office and President Herbst of the University of Connecticut to begin their own independent investigation of how computer crimes, Hippa violations of a UCHC patient such as myself occurred . How an invasion of privacy in addition to other constitutional violations were allowed to be committed by their employees while being sanctioned by management at the highest levels. UCHC is costing the state and taxpayers too much in numerous lawsuits because it fails to hold its employees accountable for their bad acts.

Who in state government is accountable for the waste here? The tax payers again foot the bill.

Zach the worse thing a man can do is say a woman is older than she is. I am 55.

What I have come to understand in my trials and tribulations is that UCHC does not sit idly by when an employee speaks out for years and insists on answers to obvious fraud and waste of tax payer dollars. The DOC contract is a case in point.
The workers compensation fraud charges were dropped after I was arrested and threatened with 20 years of imprisonment.
It seems that anyone can be convicted and charged when evidence is manufactured and used for an arrest warrant-Rockville/probate/ Habeas case in point in particular.

I have asked Attorney General Jepsen to review what has taken place and UConn President Herbst as well. I hope to receive a reply.