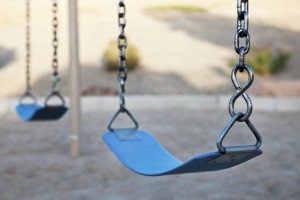 State auditors found the Connecticut Department of Public Health licensed new daycare centers to open without waiting for background check results – department officials did not clarify whether the practice continues – leaving auditors to conclude “children could be at risk.”

“Due to the large turnover in staff in these facilities and the time necessary to process background checks, staff is permitted to work prior to the results being received,” DPH officials said in the audit report.

The Auditors of Public Accounts revealed the department has “no policies and procedures regarding the criminal background check process.”

DPH officials did not respond to repeated requests for comment.

In the audit, DPH said the process is “labor intensive” and maintains that their department “conducts the required criminal and abuse/neglect background checks to the extent possible within available appropriations.”

According to auditors, this practice violates state statutes.

The public health commissioner has discretion to refuse to license a facility that employs an individual convicted of only certain felonies, primarily those involving harm done to a child.

Gov. Dannel Malloy recently announced a new agency, the Office of Early Childhood, that will take over the daycare licensing responsibility in fiscal year 2015.