2nd District will shrink in size, 4th will get geographically bigger based on 2008 estimates 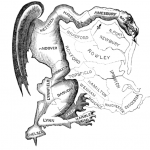 The Census Bureau will release additional data over the next four months until each state has the street-by-street data used to redesign its congressional districts.

Although the data that will be used to determine the size and shape of Connecticut’s five congressional districts is not available, some estimates are available.

Based on town-by-town population growth from 2000 to 2008, the current 2nd District had grown the fastest, meaning it would need to give up towns to other districts if the trend continued to 2010.

The 2nd District would need to lose 12,909 people from its current boundaries, an amount roughly equivalent to the population of Clinton or Coventry.

The 5th District grew the next fastest, with the need to lose about 1,363 people.

The 1st and the 3rd Districts grew at nearly the same rate, with the need for 1,838 and 1,886 new people respectively.

The 4th District grew at the slowest pace and it would need 10,993 new people. This is just over the number of Shelton residents who are currently in the 3rd District, while the other three-fourths of the town are in the 4th.

According to these estimates, the 2nd District would get geographically smaller. The 1st, 3rd or both districts will shift to the east. Some towns on the eastern border of the two central districts would be added so that towns on the western edge could be pushed into the 4th District, which would grow in size geographically.

The projections are based on an assumption of proportionate growth in towns split between two districts.

The actual data will be provided by April 1, 2011. State legislative leaders will have already set up a redistricting committee by then.

The committee is required to be in place by February 15, but might form as early as next month. The committee will put its complete focus to redistricting during the summer, after the legislative session ends.

“Whoever takes it on this round, I wish them well,” said East Hartford Mayor Melody Currey, who served on the committee as a Democratic state representative in 2001. “Hopefully they can settle it without going to court.”

“It affects your state for the next 10 years,” said former Speaker of the House Moira Lyons, the other house Democrat on the 2001 committee. “You want very thorough documentation of how you’re doing it and good people doing it.”

“Each and every house member was met with,” Currey said. “We talked to mayors. We talked to first selectmen.”

Former Senate Minority Leader Louis DeLuca, R-Woodbury, who served on the committee in 1991 and 2001, said the committee should be careful not to get sued. “You have people watching over your shoulder all the way,” he said

“It was a very exciting opportunity,” said Rep. Arthur O’Neill, R-Southbury, who served on the 2001 committee. “It won’t be quite the high stakes.”

O’Neill said 2001 was the first time Connecticut lost a seat in Congress since the 1840s.

“Study the political geography of the state very carefully,” he said when asked for advice to give the 2011 committee.

Sen. Joseph Crisco, D-Woodbridge, and O’Neill are the only two members of 2011 committee who could serve again in 2011.

Tuesday, Dec. 21, Part I: The nuts and bolts of redistricting