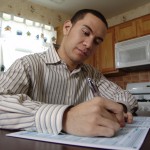 The 2010 Census isn’t likely to be as momentous for Connecticut as the results 10 years ago announcing the state would lose one of its six seats in Congress.

However, the announcement at 11 a.m. today does begin a yearlong process of tweaking Connecticut’s five congressional, 36 state senate and 151 state house districts.

Connecticut is expected to retain the right to five congressmen. A private research group found Connecticut’s projected population is halfway between maintaining five seats in Congress and the sixth seat lost 10 years ago.

The current arrangement of 36 senators and 151 representatives dates back to 1972 when federal court cases from the 1960s first changed the way states redistrict their legislatures.

The next step in the redistricting process is the appointment of the eight-member reapportionment committee, established by the 12th amendment and revised by the 16th, 26th and 30th amendments.

The leaders of each caucus in the General Assembly each appoints two members of the committee. It will have four senators and four representatives, evenly split between parties.

Often legislative leaders serve on the committee themselves along with a chosen colleague. The Constitution requires the leadership to name the committee members by Feb. 15, 2011.

Crisco and O’Neill are the only two members of the 2001 committee who are still in the legislature.

The committee’s first moves will be to assign staff and purchase specialized mapping software.

The Census Bureau will make its next big announcement by April 1, 2011, when it will release the granular, street-level data used to redraw the electoral map.

The reapportionment committee has until Sept. 15, 2011, to get the three plans – congressional, senate and house – passed by two-thirds of each house of the General Assembly.

If the committee fails to meet the September deadline, 167 days from the release of Census data, a reapportionment commission is formed.

The first eight members of the commission are selected the same way as the committee and can even be the same people. Once identified, the eight members have 30 days to select a ninth member.

The commission can establish a plan as law, without approval from the general assembly, with the support of five members. It must establish a plan by Nov. 30 or the authority shifts to the Connecticut Supreme Court.

Connecticut’s Governor has no direct say in the redistricting process.

The challenge of the redistricting process is to create districts of equal size that share other characteristics. The need for population equality, emphasized by the U.S. Supreme Court cases Baker v. Carr and Reynolds v. Sims, is most acute at the congressional level. Districts within the same state can vary in population by only one or two people. According to the 2000 Census, each congressional district in Connecticut had the exact same population – 681,113.

General Assembly districts can vary more, up to 5 percent above or below the model district’s population.

In the current senate, the smallest district by population is the second district, which includes parts of Bloomfield, Hartford and Windsor. Sen. Eric Coleman, a Democrat, represents 90,990, according to census date from 2000. The largest senate district is the 16th, which includes Southington and Wolcott and parts of Cheshire and Waterbury. Outgoing Sen. Sam Caligiuri, a Republican, represents 98,583.

The second amendment to the state constitution requires senate and house districts to be contiguous and that each district will only elect one member.