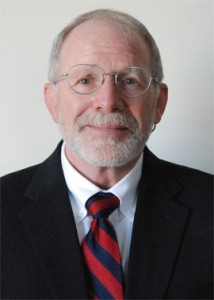 The largest teacher pension in the state of Connecticut goes to the head of the Capitol Region Education Council where he makes $130,000 in salary on top of his $198,000 pension.

He said having four daughters in college is one reason why he started collecting his pension.

Douglas said he felt bad for people who don’t have a pension like his. “I wish they could have had the good fortune of going to school, getting a doctorate, working really hard,” he said. “I followed that path scrupulously.”

State law allowed Douglas to continue working after beginning to collect his pension as long as his salary was cut to 45 percent “of the maximum salary level for the assigned position.”

Prior to collecting his pension, CREC paid Douglas a little less than $250,000 per year.

Douglas said the reduction in his CREC salary of about $70,000 effectively paid for 1 percent raises for all CREC administrators. He said CREC has very low indirect costs – costs unrelated to the classroom – possibly the lowest in the country. He said those administrative costs fell from 10 percent when he started at CREC to below 2.5 percent.

During the 2010-11 school year, when he began collecting his pension, Douglas earned about $339,000 because of one-time payment for “deferred salary increases”.

Douglas said he had planned to retire and stop working in 2011, but the CREC Council offered to allow him to continue as executive director. He said “most people” don’t think you should stop working before collecting your pension.

The maximum pension benefit for teachers is 75 percent of final salary and that point is reached after 37.5 years.

“I was drawing less interest off my pension after my 37th year,” Douglas said. “It wasn’t fiscally responsible” to continue paying in because he was “putting more in than I was getting out.”

According to a database compiled by The Day, Douglas contributed $638,868 to the pension fund during his career.

Douglas said he plans on joining the Peace Corps when he leaves CREC.