Hartford is a small orange compared to the Big Apple 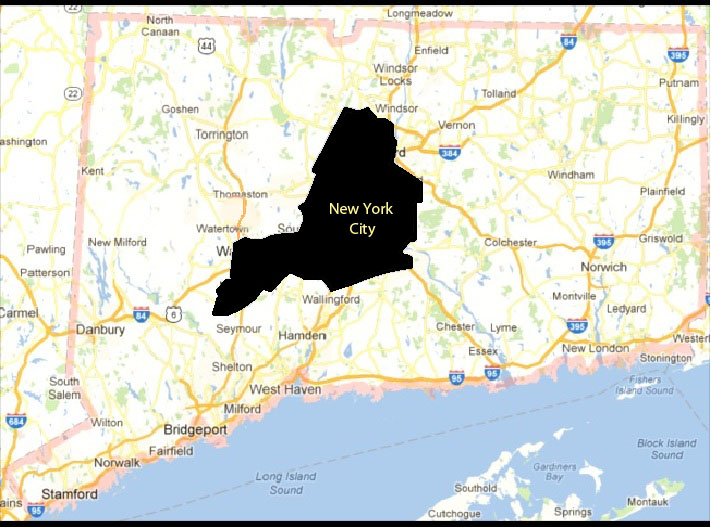 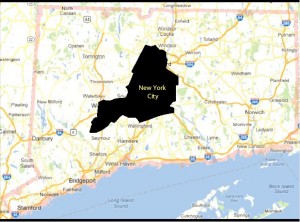 Before making any more comparisons between Hartford and the Big Apple, take a look at this modified map of Connecticut.

New York City is more than 17 times the size of Hartford. Overlaying NYC on the state of Connecticut reveals that the city would cover from Windsor to Wallingford, including the cities of Hartford, New Britain, Meriden, and Waterbury.

Still, some might argue that there is more to a city than mere square mileage. Hartford’s population is a minuscule 1.5 percent of NYC’s 8.17 million people; even the population of the whole state of Connecticut is only 3.4 million.

In terms of business, New York City blows Connecticut out of the water. With close to a million firms, NYC almost triples Connecticut’s business community, and their $78 billion in 2007 retail sales is over $26 billion greater than ours. 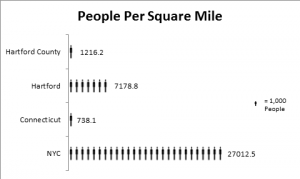 New York City isn’t better than Connecticut or Hartford, but they are different. Remember, Hartford is a small orange compared to the Big Apple. Lawmakers and citizens alike often forget this and attempt to implement solutions (like this and this) that, while more practical in New York, make little sense in the Constitution State.

Zack Albert was a 2012 Yankee Institute summer intern. He is studies political science and economics at Fairfield University. He lives in Southington.