Assembly Should Tread Lightly on GMO’s

Yesterday Connecticut lawmakers passed a first of its kind piece of legislation that will require food containing genetically modified organisms-GMO- to be labeled as such before distribution. The vote passed with a 35-1 margin in the Senate.

While the “green” movement and other insulated activists, who seldom deal with real problems such as hunger, rejoice over yet another expansion of the nanny state, it is important to take a step back and see what we are getting ourselves into.

As the movement to go green or go organic has built, more and more people have begun to protest the use of GMO’s and the “big agro” corporations such as Monsanto who lead the industry. GMO’s come from the splicing and modification of genes in a plant’s seed making it resistant to herbicides, drought and easier to grow. They are viewed with disdain by many throughout the world for their unknown long term health risks and the alleged monopolization of the agricultural industry the producers are attempting.

The great philosopher poet G.K Chesterton once said “never take down any fence until you know the reason it was put up.” It is under this notion that we should examine where the fight against GMO’s could take us.

If this law passes the House it would mean that somewhere in the process of production and distribution of food somebody will have the added overhead of labeling these products. It doesn’t take an advanced understanding of economics to know that this added expense will roll down to the consumer. This will have the biggest effect on lower income families who spend much larger portions of their income on food than those in the upper strata.

In a 2012 report Doctors Nicholas Kalaitzandonakes and Jason Lusk found among other things that “younger richer consumers spend more on organic foods than older poorer ones.” 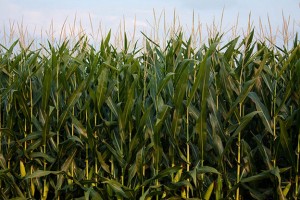 Labeling of GMO foods may also put Connecticut farmers at a disadvantage as they would have to absorb the added labeling cost and possibly bring their food to market with a controversial stigma, something that farmers from other states would not have to deal with.

Advocates of the law say that it is peoples “right to know” what they are eating. This argument yet again assumes that generally people do not know how to look out for themselves and that the responsibility for doing so should be shifted from the individual to the state. It also says that while only a few may actually want to know if they are eating GMO’s, everyone will be forced to shoulder the burden.

With all the farmers markets and roadside stands in this state it is hard to believe that those who really want to eat organically would have trouble doing so.

One of the main known advantages GMO’s bring is the ability to feed the world-especially the poor- at a relatively low price. As the world’s population increases at a rapid rate food that is easy to produce, drought resistant, blight resistant, stays edible longer and is cheap could play a growing part in ending world hunger. If the price of food increases it affects those struggling and dying from hunger from Hartford to Haiti.

This is where Chesterton’s words should be heeded. In the 1970’s a similar movement resulted in a ban on the use of DDT. DDT had become the most effective suppressor of the malaria carrying mosquito and up until that point had all but eradicated the disease. However the activists cried “farmer farmer put away your DDT” and millions upon millions died senselessly throughout the world.

It is for these reasons why all lawmakers should tread lightly in the fight against GMO’s.  It would be a shame to see millions die from hunger while GMO’s are demonized for their unknown and disputed long term health effects. If it came down to it one would think that not dying from starvation now would be better than possibly experiencing side effects in the future.

The GMO issue does produce some ironic paradoxes for the Left who are seen as the main proponents of this movement. GMO’s are largely used to boost corn yield in the United States. Environmental activists from the left have championed using more and more of an ethanol- comes from corn- cut in our gasoline. Sadly when more corn is allocated to help wean Americans off of oil, it detracts from corn that can be sold to eat in the world market thus driving up costs.

An often overlooked fact in this argument is that humans have been genetically modifying and cross breeding plants for centuries. For example Carrots as we know them today are a product of the Dutch who in the 16th century used the mutated genes of purple and white carrots in order to make the plant more edible. This has certainly been had a positive outcome.

There very well may be health related risks to eating GMO food, Monsanto will probably never win any ethical awards and if people wish to eat only organic food that may very well be the right choice. But is it right that we should ask the entire population especially the poor to shoulder the associated costs?

Before we begin the fight against GMO’s it would be wise to weigh the risks associated with the outcome. The Assembly already hastily passed a controversial piece of legislation this year which is now being challenged in US district court. It would be nice to keep “ground breaking” legislation limited to one bill per session.