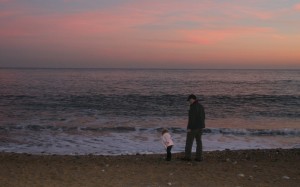 The number of children raised in single-parent homes is on the rise in Connecticut, especially in the state’s biggest cities.

Statewide the number of children living with single moms went up five percent over the past ten years, from 19 percent to 24 percent, according to census data.

In Hartford almost six out of ten children are now living with a single mom – and in some Hartford neighborhoods that number is as high as eight in ten. Almost half of the children living in Bridgeport and Waterbury live with a single mom, while in New Haven the number is slightly higher than half.

The public policy implications of this jump are big for the state, especially given the way young people are affected by not having a father in the home.

According to the National Fatherhood Initiative, kids living without their dads are more likely to:

It is hard to know what is causing the rise in single-mother homes. It has not been brought on by a rise in teenage pregnancies. The number of teens having babies continues to fall nationwide and in Connecticut. In fact, the average age of a first-time Connecticut mother is 27, nearly the oldest in the nation.

While what is causing the rise is hard to pin down, the research on the effect fathers have on their children is clear.

Former Ambassador Tom Foley said that when he sat on the Commission on Custody, Divorce and Children, the commission examined ways to get dads more involved with their children after parents separate or divorce.

State laws need to be accommodating to fathers who want to spend time with their children, said Foley.

“People are becoming increasingly cognizant of the role of fathers in healthy child development,” he said. “We simply have to find ways to encourage behavior that allows for fathers to be involved in the raising of their children.”

The state does run a Fatherhood Initiative through the Department of Social Services. The initiative funds programs through a number of non-profit agencies to encourage fathers to get involved in their children’s lives.

The agencies primarily offer classes to fathers to teach them skills like self-sufficiency, anger management and how to positively interact with children.

The Fatherhood Initiative was once funded through a five-year $5 million dollar grant from the federal government, but that money has since dried up. The state now spends $195,000 a year on responsible fatherhood efforts.

Suzanne Bates is a fellow at the Yankee Institute. She lives in South Windsor. You can contact her at Suzanne@yankeeinstitute.org.