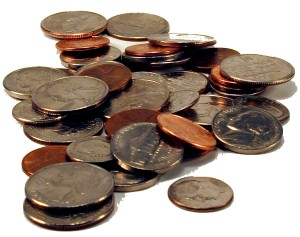 Ten Connecticut school districts can produce two high school graduates for the price of one Hartford high school diploma, according to Department of Education data.

The most recent 13 years of education, representing kindergarten through 12th grade, cost $165,275 in Hartford. With a graduation rate of 69.3 percent, the cost per diploma in Hartford is $238,492.

In 2010, Hartford’s costs were less than double the costs of the most efficient school districts.

Madison has the highest test scores among the 10 most efficient schools and within its peer group, according to the Global Report Card, despite having lower costs than all but one of its peers.

Although scoring poorly relative to the rest of the state, Waterbury has the best scores in its peer group, DRG I, and the lowest costs.

East Haven is also the most efficient district among its peers, while maintaining test scores near the top of DRG G.

Cheshire had the smallest spending increase in the state and moved into the top 25 most efficient districts.

East Lyme had the best test outcomes in DRG D, but spent $25,000 less than Clinton, the most expensive district in the group.

Editor’s Note: Due to an error in last year’s data, Raising Hale recently issued a correction.

If the “Change in Ranking” for a school district is negative (-) then the district became less expensive relative to other districts. If the ranking increased, it became relatively more expensive and moved up the list. This applies to both the total and adjusted rankings.

Methodology: To calculate the cost per graduate, the Yankee Institute took data from the Connecticut Department of Education for average annual expenditures per student going back 13 years, representing K-12. After totaling the cost, it was divided by the graduation rate to come up with the lifetime cost per graduate. The 13th year is the 2008-2009 school year, and data is not adjusted for inflation, so the real cost of 2011 graduates is higher than calculated. Communities with high annual costs, more drop outs and lower graduation rates end up with the more expensive graduates. Some regional school districts, districts with less than 13 years of data, charter schools and other non-traditional schools were left out of the calculations to keep the data consistent for the greatest number of schools.

For comparison purposes, two new data points were added to the 2011 data: district reference groups and test scores. The state Department of Education uses DRGs to group similar school districts together. Test scores in reading and math are from the Global Report Card. The percentiles compare the average student in each district to all other students in Connecticut. For example, in a district with a math score of 50 percent, the average student scores better than half of the students in Connecticut.

Correction: The 2011 data and rankings have been updated to reflect a correction. Incorrect data for the total 13 year cost per student for Regional School Districts 4, 13 and 14 has been corrected. These changes only affected the schools mentioned above and did not affect the overall rankings.

Comparing system efficiency utilizing this cost per student eval. method ignores
a couple VERY big factors in the true costs/system.
1. Student mix (demographics). systems like Hartford and Windham have many
students which don’t even speak english. Obviously, their teacher mix and costs will be
quite different from systems having 100% of their students fluent in english.
2. Capital expense …… the states cost/pupil expenditure ignores a systems average
building age and new build bonding debt service. To truely reflect cost per student/system
the entire operating and capital budget should be devided by the student population over
the same time period. The States convoluted cost per student does NOT reflect true costs.

I’d suggest the Institute recalculate based on true total expenditure, including debt service,
and overlay this grid with that just presented. I think this would more accurately yield the
cost picture taxpayers need to see. Let the true, fully expensed cost speak for itself.