Malloy proposes changes to collective bargaining along with layoffs 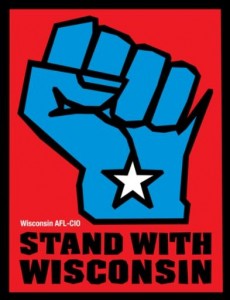 Malloy intends to do the cutting in a decentralized manner, with each agency head responsible for generating savings equal to the administration’s target.

The administration estimates it will take 5,466 layoffs and the elimination of 1,000 unfilled positions to meet the savings targets.

Alongside layoffs and other spending cuts, proposed legislation by the Malloy administration will limit collective bargaining in three areas: longevity payments, the accrual of sick days and the definition of salary for the calculation of pensions.

Overtime, longevity payments and fees will no longer count toward pension calculations after 2017, when the current State Employee Bargaining Agent Coalition agreement expires.

SEBAC will no longer be allowed to bargain over the definition of salary under the proposal.

The agreement rejected by state employees would have formalized a past practice allowing certain employees to count all of their overtime toward their pension.

By taking overtime out of pension calculations, Malloy is creating an incentive for some employees to retire before 2017.

The administration expects to save a lot on fringe benefits because of the layoffs and changes to pensions: $43 million next year and $191 million the year after. The combined $234 million is about one-eighth the total savings over the next two years.

The proposal would prevent arbitrators from considering the loss of longevity payments and removes them from collective bargaining.

Employees are limited to accruing 10 sick days each year under the proposal and that topic is also removed from collective bargaining.

Malloy’s proposal also reduces the size of the new Earned Income Tax Credit by 17 percent. The EITC made up $110 million in new spending in Malloy’s budget. The proposal would save $18.3 million in EITC spending.