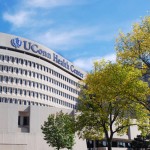 Federal officials denied the University of Connecticut Health Center a $100 million grant last month, which, according to the grant application, will pose a challenge for the state’s struggling academic hospital.

The application – to fund one third of a $332 million project to build a new bed tower for John Dempsey Hospital – makes clear the financial and infrastructure challenges faced by the hospital.

“Without a new physical plant, our hospital cannot survive,” the application says.

John Dempsey, the hospital attached to UConn’s medical school, had a $80 million deficit over the past four years. The state has contributed money to cover the operating deficits and pledged to contribute $207 million for the new construction if the university can bring in $100 million from an outside source.

The health center’s problems have also spilled over into academics. According to the grant application, the medical school received a “warning of probation” from its accrediting organization in 2010.

The Liaison Committee on Medical Education, the grant application said, “cited a sharp decline in UCHC’s basic science faculty, heavy reliance on volunteer faculty, and long-term vacancies in key department chairs as major reasons for its determination, all problems attributable to a lack of financial resources.”

The Infrastructure to Expand Access to Care grant instead went to the Ohio State University, which will use the $100 million to add a radiation oncology center to an already-planned $1 billion hospital expansion. Although UConn’s plan provided 68 percent non-federal funding – above the 60 percent requirement – Ohio’s proposal is about 90 percent state-funded.

The denial is an ironic twist given that former Sen. Chris Dodd wrote the grant into the healthcare reform law specifically with UConn in mind.

The grant application requested $99,997,600 from the federal government to complement $207 million from the state and $25,002,400 of state money UConn would redirect from other projects to this one.

According to the application, without the grant which would unlock the state funds, the health center “will be unable to achieve financial viability, thereby jeopardizing the future operations of Connecticut’s only public academic medical center, including its medical and dental education and residency programs, the research enterprise and the multi-specialty faculty practice.”

The state will cover $19.5 million in construction costs specifically not allowed  by the federal grant. Most of this amount – $11.5 million – is additional contingency beyond the $13.5 million covered by the grant. The state-specific funds also cover $5 million for furniture, $1.4 million for art and $1 million for audio-visual equipment.

“I’m disappointed in this decision, but I’m not at all willing to say it’s the end of the road for this project,” Gov. Dannel Malloy said in statement after the decision was announced, a week before he became governor.

“We were encouraged by Governor Malloy’s recent statement in which he indicated that a renovated and expanded UConn Health Center is critical to the economic revival of central Connecticut and would clearly benefit the state from both a public health and an education standpoint,” DeFrancesco said. “We are also grateful to the governor’s openness to explore options to advance this critical project and for tasking his staff to propose innovative and alternative ways in which the project can move forward.”

According to the health center’s grant application, John Dempsey Hospital’s “contributions to the state’s health and well-being are now at risk.”

“John Dempsey Hospital, UCHC’s core teaching facility, is no longer economically viable due to obsolete design and outdated infrastructure, as well as a bed allocation so influenced by the public service mission that it can no longer generate an operating margin. As a result, over the past decade the UCHC has experienced chronic operating deficits in its clinical operations, deficits that now seriously threaten UCHC’s ability to fulfill its education, clinical care and research missions.”

John Dempsey is “the nation’s second smallest public academic hospital” with 224 licensed beds. The hospital dedicates 105 beds to low-reimbursement specialties, including neonatal intensive care, maternity, psychiatry and a secured ward for Department of Correction patients, according to the application.

As part of the plan, the hospital’s 40 neonatal intensive care beds will shift to a license held by Connecticut Children’s Medical Center, while remaining in Farmington, to allow John Dempsey to increase its total number of beds to between 270 and 274. UConn will control 230 to 234 of the beds at the health center, all except the 40 licensed to Connecticut Children’s.

The increased number of beds will allow the health center to improve its financial performance, according to the grant application.

The proposal also calls for the hiring of 50 new faculty members, including 15 primary care physicians, and the creation of the UConn Health Network, a series of new partnerships and initiatives.

Some state policies have a detrimental impact on the finances of its own hospital. John Dempsey is one of four disproportionate share hospitals in the state that get extra federal funding because of their high Medicare and Medicaid patient mix. The hospital lost $17.4 million treating Medicaid patients in the 2009 fiscal year.

The health center also cares for migrant farm workers and provides medical and dental care to 19,000 Department of Correction inmates.