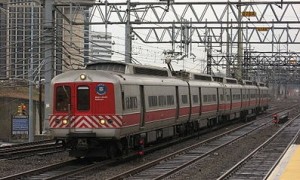 New public transportation projects are starting to eat up more of the state’s budget, while the heavily-used Metro-North Railroad is facing cuts in state support.

Gov. Dannel Malloy’s budget proposes to cut Metro-North $5.5 million next year and $4.4 million the year after because of recent fare increases, according to a report by the General Assembly’s budget agency.

Existing bus service will receive $4.1 million less in state support next year and a $8.1 million reduction the following year as a 2012 and proposed 2014 fare increase are implemented.

Metro-North will also receive $2 million less in each of the next two years because of reduced need for maintenance vehicles and equipment.

The New Britain to Hartford busway, branded as CT Fastrak, will cost $3.75 million in 2015 for a half year of service. Another $6.9 million over two years will go toward new plows for DOT and maintenance equipment for the busway.

The Department of Transportation will also take responsibility for funding Amtrak service between New Haven and Springfield – as part of the planned commuter line connecting the two cities and Hartford expected to open in 2016 – at a cost of $7 million next year and $9.5 million in 2015.

DOT estimates operating subsidies for public transportation range widely from a little less than $2.50 per ride all the way up to $42 dollars per ride.

These calculations do not include capital costs, like the rail lines themselves or interest costs.

The state subsidy for a peak New Haven to New York City ticket works out to 10 percent of the rider’s cost.

Bus subsidies amount to more than 200 percent of the rider’s cost.

The subsidy for Shore Line East is more than 450 percent the cost of the most expensive ticket.

DOT didn’t have an estimate for Amtrak subsidies readily available. One report estimates 500,000 Amtrak rides per year. At $7 million in state costs, the subsidy would amount to $14 per ride.