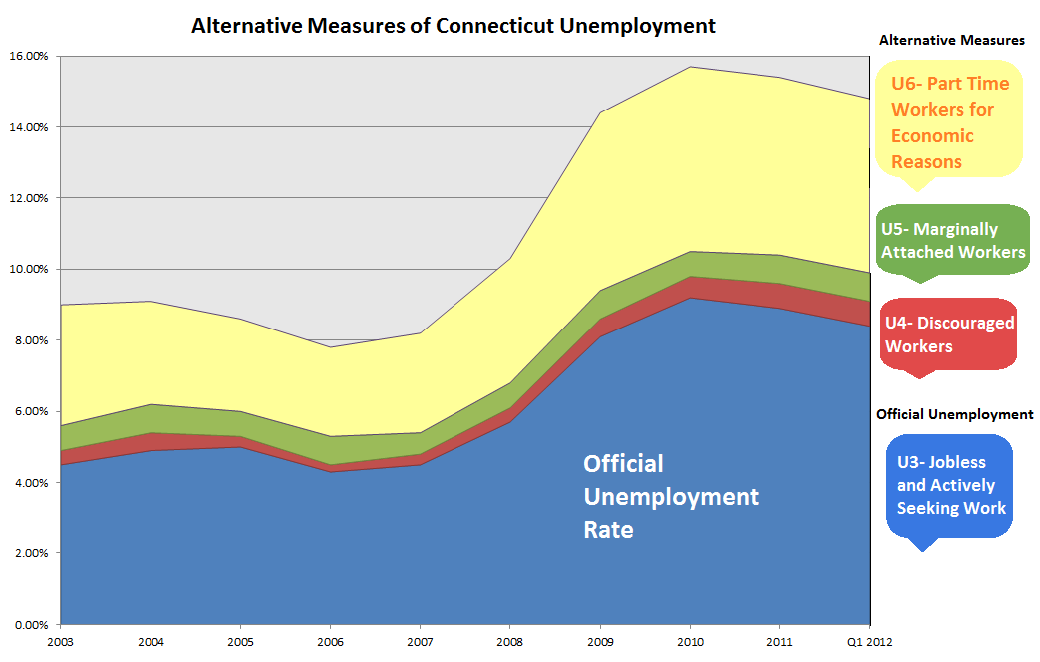 While the government likes to point to their official unemployment rate as evidence for economic recovery, many argue that this rate, called U3, does not capture a full picture of the economy.

Veronique de Rugy and Jason Fichtner of the Mercatus Center say that, “While [the] official unemployment rate remains the primary measure of labor market performance, there are reasons to believe that it is not the most realistic representation of the economy.”

For this reason, the Bureau of Labor Statistics prints quarterly and annual alternative measures of unemployment. The next report is due Friday, Oct. 26.

These values take into account not only the jobless who are actively seeking work (U3), but also discouraged workers (U4), marginally attached workers (U5) and part-time workers due to economic factors (U6).

De Rugy and Fichtner write, “As more factors are considered, the BLS’ unemployment rate grows in magnitude and, in effect, paints increasingly more realistic pictures of the extent to which the economy is not fully utilizing its labor resources.” 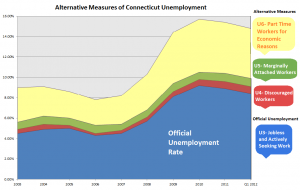 This graph shows these additional unemployment measures for Connecticut. For example, in first quarter of 2012 the official unemployment rate was 8.4 percent, yet an additional 6.4 percent of workers were discouraged or underemployed.

This paints a much bleaker image of Connecticut employment: 14.8 percent of Connecticut residents are being inefficiently employed, if employed at all.

Zack Albert was a summer intern at the Yankee Institute. He is a junior studying political science and economics at Fairfield University. He lives in Southington.