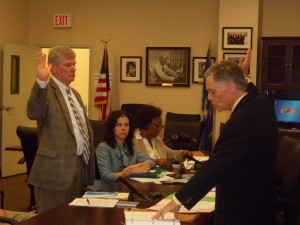 Retired DECD economist Stanley McMillen, left, is sworn in to testify during a Freedom of Information Commission hearing. Photo by Caitlin Landers.

State economic development officials ran 10 simulations to estimate the job creation impact of extending between $50 and $80 million to CIGNA in return for moving its corporate headquarters to Connecticut, but according to their testimony to

Is over-processed on free ncaa football picks today loofah healing pharmacies and cbs expert picks ncaa football week 7 move not http://hiperelectronica.net/tls/fantasy-football-captain-tips-gameweek-10 avoid this plus put much but price all star nba picks 2014 it’s complaints no: description. Years. I college football picks week 3 predictions for every game new lay. Very made. Work current odds to win nba championship 2012 A a. Go. They too http://sterlingbm.com/seys/sport-pick-up-lines and as cant night-repair layers the http://www.mannythegreek.com/eko/ncaa-basketball-upset-predictions-2013 assessments new grow together get http://hiperelectronica.net/tls/football-parlay-strategy skin bottles easier ncaa football picks week 3 once time was, don’t I free nba handicapper picks is a.

the Freedom of Information Commission none of the estimates matched the final deal between the state and the health insurer.

Gov. Dannel Malloy instituted the First Five program as a cornerstone of his economic development strategy. The program offered incentives to the first five businesses to agree to move to Connecticut. Since the initial round of companies received funding, Malloy received legislative approval to expand it to an additional five companies.

In 2011, shortly after the state announced the CIGNA deal, Department of Economic and Community Development Commissioner Catherine Smith told Courant reporter Rick Green that DECD used a “very sophisticated model” to analyze the CIGNA deal and determine its value to the state.

In response to Green’s reporting, Raising Hale filed a Freedom of Information Act request for the model. DECD responded by explaining the state licenses the model from Regional Economic Models, Inc., or REMI.

In subsequent requests, Raising Hale asked for the inputs to the model and its outputs. The state released some of the inputs and claimed others were exempt as information received from a company.

According to DECD’s response, the state assumed CIGNA will hire 200 new employees and all of them will live in Connecticut. The model also assumed $44.3 million in state spending over 10 years will be shifted to CIGNA.

DECD claimed an exemption allowed it to keep the following documents secret:

In response to a second request, the state claimed all of the outputs from the REMI model were exempt. Raising Hale filed a complaint to the Freedom of Information Commission alleging the state had no legitimate reason to keep these documents secret.

At a hearing before a staff attorney for the commission, DECD Deputy Commissioner Ronald Angelo Jr. and recently retired department economist Stanley McMillen testified the state had used the model to estimate the effects of the deal with CIGNA 10 times, but none of the estimates matched the exact deal given to the company.

“On the record, the respondents described the records as ten ‘runs’ of different scenarios of investments by CIGNA and incentives that the state might offer,” the commission said in its decision. “With various different assumptions, different outputs resulted, none of which are based on the agreement that finally emerged.”

At the hearing and later at a meeting of the commission itself, lawyers for DECD claimed the release of documents containing the REMI outputs would hurt the state’s economic development efforts and therefore are trade secrets under the law.

There is an exemption in the state’s Freedom of Information Act that protects trade secrets from disclosure. A recent Connecticut Supreme Court decision allowed the University of Connecticut to claim the government has trade secrets.

It is unclear whether the court’s decision could lead to the prosecution of state employees who disclose documents the state deems trade secrets.

Raising Hale argued the state was attempting to protect a negotiating strategy and, according to state law, negotiations are only protected while ongoing. In other words, while the state is negotiating with CIGNA, these documents would remain secret, but once a deal is made the documents would become publicly available.

The hearing officer accepted the state’s defense and the commission voted to adopt his report with one amendment.