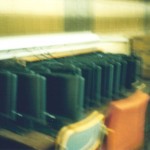 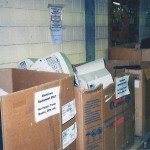 NVCC is throwing away boxes of computers. 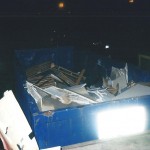 “State agencies cannot throw out or give away state-owned computers or monitors EXCEPT to non-profits or other state agencies,” O’Leary said in an email. “In the event that no one wants them, the computers are wiped out by the IT department and then picked up by an unpaid contractor for scrapping in accordance with the state’s e-waste policy.”

“As for the furniture, in speaking with maintenance, our furniture is only thrown away if it is broken beyond repair,” O’Leary said.

Asked why the college was getting rid of monitors still new enough to donate, O’Leary said “the latest round of computers that we bought have been all-in-one computer/monitor, eliminating the need for separate monitors.”