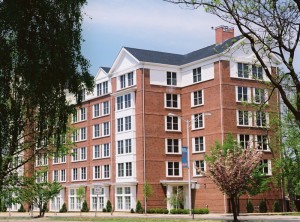 Gov. Dannel Malloy announced last week new details of his plan to invest $500 million over a decade into affordable housing across the state.

Meanwhile, federal auditors have criticized local housing authorities in Connecticut for failing to use money for the benefit of the low-income families and elderly they are meant to serve.

The Federal Bureau of Investigation and federal housing regulators raided the West Haven Housing Authority Tuesday as part of an ongoing investigation, according to the New Haven Register.

Earlier this year, federal auditors with the U.S. Department of Housing and Urban Development released reports critical of the affordable housing agencies in Stamford and Hartford.

The West Haven and Stamford housing authorities did not receive additional state funding under the Malloy proposal.

The Hartford Housing Authority will receive state support for renovations to 770 units, despite a recent history of spending on costs unrelated to its mission of housing families in need.

A spokesman for Malloy did not respond to a request for comment.

In making his announcement, Malloy criticized the state’s failure to invest in housing for low-income families over the past 20 years.

The proposal will impact as many as 3,000 rental units immediately and 14,000 units over 10 years, according to the administration.

One program will provide direct financial aid to 10 housing developments in Bridgeport, Guilford, Hartford, New Haven, Norwalk and Norwich. Other funds will be directed through the Department of Economic and Community Development and the Connecticut Housing Finance Authority.

“As I’ve said before, Connecticut for too long languished in its affordable housing commitments by not investing in this critical area of our overall economic development,” Malloy said.

Stamford’s affordable housing agency spent money on expenses unrelated to the services it provides for low-income families, according to a federal audit, including catered food from “high-end restaurants” for board meetings, supplies for staff Halloween and Christmas parties as well as gift baskets for employees.

According to the HUD report, funds were used to restore a mural for $15,000, cater board meetings, pay for company parties and buy flowers and gift baskets for employees. Charter Oak also bought gas for the former executive director, deputy director and a contractor

The current and previous executive directors had “charged food for board meetings to their credit cards, in some cases, from high-end restaurants, and the charges were sometimes $500 or more.” The board is made up of four commissioners.

According to the report, the Authority did not always pay its credit card bills on time and received a charge of $620 in late fees and finance charges.

The Hartford Housing Authority misused $415,692 of a federal grant, according to an audit, by spending the money on manager fees, profits, unnecessary work and cleanup costs.

The authority received more $5 million from HUD as part of the 2009 stimulus package, but a complaint prompted the department’s inspector general to investigate.

“Misuse of these funds had a significant effect on housing conditions when 64 boilers and two porches included in the contract were not installed,” the report said.

Executive director Annette Sanderson disagreed with the conclusion of the audit report, saying the authority did not complete the projects due to “insufficient contract funds.”

The inspector general recommended the authority repay the federal government for $415,692 of “ineligible, unreasonable, and unsupported costs.”

According to the audit, HUD approved $50,000 in payments to the construction manager, but the authority paid $226,000.

“I expect that we will have a definitive resolution with HUD on the expenditure in the very near future,” Sanderson said.

Sanderson said $2.5 million of the American Recovery and Reinvestment Act grant went toward outdoor improvements and boiler replacements at certain properties. She said the audit raised concerns about some procedures, but the authority will make improvements.

The Hartford Housing Authority has a history of spending money on ineligible costs. According to a 2005 article from the Hartford Courant, auditors said the authority misspent nearly $5 million.

In 2006, the Courant reported a recommendation by auditors that the authority repay HUD for $1.7 million intended for Section 8 housing vouchers.

Caitlin Landers is a journalism intern at the Yankee Institute. She is a rising junior at Syracuse University studying broadcast digital journalism and international relations. She lives in Manchester.