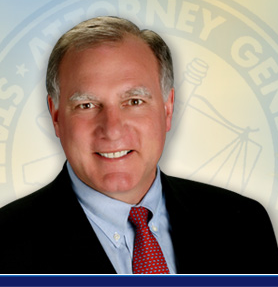 Connecticut Attorney General George Jepsen will recuse himself from legal matters involving the strikes at several nursing homes after joining the picket line Tuesday, according to a spokesman.

HealthBridge Management, owner of several nursing homes in Connecticut including five where employees who belong to Service Employees International Union 1199 are on strike, released a statement Tuesday criticizing Jepsen for walking the picket line instead of investigating possible strike-related sabotage.

Susan Kinsman, spokesman for Jepsen, said attorneys within the Attorney General’s office would continue to represent the Department of Public Health as it investigates the sabotage accusations, but Jepsen himself would not participate.

“There is no need for appointment of a special counsel. The Department of Public Health is the agency with authority to investigate adverse events at nursing homes. Healthbridge told the Office of the Attorney General that it was making a report to DPH. DPH confirmed with the OAG that it was aware of the reports and was looking into them.

The Attorney General has a responsibility to represent the broader public interest and his participation today was aimed at drawing attention to important issues in hopes of expediting resolution of the conflict. Because Attorney General Jepsen has walked the picket line, he has recused himself from any legal matters involving Healthbridge and SEIU. The Office of the Attorney General, however, continues to serve as counsel to the Department of Public Health. If the agency’s investigation results in a request for legal assistance, the office is certainly prepared to provide it.”

I love the way one State of Connecticut department “Separates” itself another State interdepartmental branch. Like saying… The brother will recuse himself from his sisters department. And they wonder why we can’t believe their honesty and truth. “The truth, the whole truth and nothing but the truth.