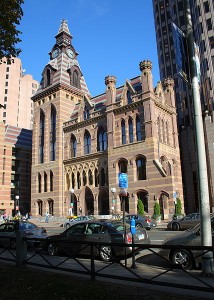 New Haven expects to contribute $75,000 to the New Haven People’s Center for improvements to its building, a facility that hosts a range of left-wing groups including the state bureau of the Communist Party newspaper.

The center, run by the Progressive Education and Research Association, temporarily missed out on a $300,000 Department of Social Services grant Friday after the item was removed from the State Bond Commission’s agenda.

According to state officials, the item will be ready for a vote at the next commission meeting.

“This is the first year the People’s Center (Progressive Education and Research Association Inc.) was allocated a Community Development Block Grant award for $25,000,” said Elizabeth Benton, spokesman for the city. “The money will go towards emergency structural improvements for the building.”

“They have also been allocated an additional $50,000 towards the building, although the specific fund for that award has not yet been identified,” Benton said. “The Board of Aldermen will vote on the CDBG awards this Monday.”

DSS has no records related to project with Communist ties
State funding for Communist Party building in New Haven delayed
Bond Commission to vote on $300,000 grant for left-wing hub in New Haven