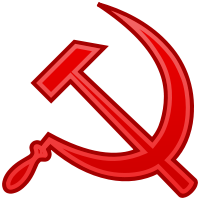 The Connecticut Bond Commission delayed a vote Friday on a $300,000 grant for the New Haven People’s Center, according to the CTMirror.

Raising Hale reported on the item before the commission meeting this morning.

More from the Mirror:

“An organization like this should never have made it onto the bond commission agenda,” Rep. Sean J. Williams of Watertown, one of two Republicans on the 10-member bond panel, said after Friday’s meeting. “The responsibility of the governor and his budget office is to vet this stuff.”

But during the meeting, both Barnes and Malloy said the proposed funding was being pulled from the bond commission’s agenda at the request of a Progressive Education and Research Associates.

“The project is not ready to go forward,” the governor said.

Barnes also told Williams that political affiliation is not a factor when the administration weighs applications for bonded state assistance.

“We don’t make decisions based on the political leanings of leaders of organizations,” OPM spokesman Gian-Carl Casa added afterward. “The project was pulled at the request of the delegation member that originally submitted it. It may be resubmitted in the future. The administration is satisfied that the project is eligible for funding once any concerns of its legislative sponsors are resolved.”