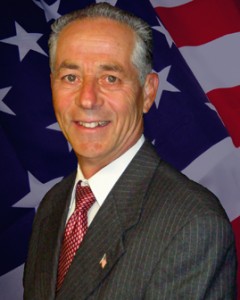 East Haven Mayor Joseph Maturo Jr., who has been in the center of the news after the arrest of four East Haven police officers by federal investigators and ensuing inflammatory comments, is appealing a decision by the State Employee Retirement Commission to end his disability pension.

“I am making no comment to the press” until a press conference later today, Maturo said Wednesday.

Brenda Halpin, director of the state’s retirement services division, told the commission Jan. 12 a person receiving a disability pension from the Municipal Employee Retirement System “was sworn in as the Mayor of East Haven” in November, according to the meeting minutes.

“The member is appealing the decision to terminate his disability retirement benefits,” she said.

According to Maturo’s campaign biography, he served as an East Haven firefighter for almost two decades.

“After 17 years of devoted service to a job he loved, Maturo was compelled to resign because of a work-related injury,” the biography says. “He has been a member of the East Haven Volunteer Fire Company since 1978.”

Maturo also served as mayor from 1997 to 2007 and as the chief administrative officer of Connecticut’s Police Officer Standards and Training Council, according to his biography.

How is it that Joe thinks he can double dip either he is disabled and gets that or he works?
how was it never discovered for the 10 yrs he was Mayor the first time I would say he owes a lot of money to some one it never stated he lost this pay before while working a full time job.
Or is he allowed because he has connections and does not have to play by the same rules the rest of us use.