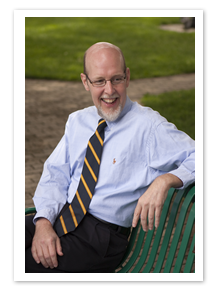 Sen. Joe Markely, R-Southington, wants the state to cancel the release of private information to unions.

As part of the unionization process Gov. Dannel Malloy began last year with two executive orders, state officials are preparing to release the personal information of several thousand people who work for Connecticut’s elderly and disabled.

In September, Executive Order No. 10 started the process of unionizing personal care attendants, a broad group of independent contractors and employees of small companies who work for people receiving state subsidies.

“The PCA List shall be a public record,” Malloy wrote in his order.

Another order issued on the same day, No. 9, began the process of unionizing home daycare owners. The Connecticut State Employee Association successfully won a vote to represent these business owners even though less than half of them returned ballots.

CSEA, also known as SEIU 2001, could generate as much as $2.5 million in new dues revenue from the daycare owners who will increase the size of the union by about 50 percent.

A fact sheet put out by the union said rates should rise at daycare centers “in parallel” with home providers after the union is in place.

Before a union can conduct a similar election with PCAs, it needs the state to turn over a list including their personal contact information.

“This is forced unionization, plain and simple,” Markley said.  “The administration is turning its back on PCAs and disabled residents, who have traveled to the Capitol numerous times in the last few weeks to testify before the Executive Order working groups and council – pleading with members to leave the intimate working relationship between PCAs and the disabled and elderly alone. Handing over these private names and addresses is ignoring the will of the people.”

Here are a couple of YouTube videos which show what can happen when SEIU gets hold of the personal contact information of home care and daycare workers. First from Fresno, CA, where SEIU engaged in opening people’s private mail, marking ballots, and threatening workers with everything from loss of wages, hours and benefits to deportation of Latino immigrants: http://www.youtube.com/watch?v=Vg06CC1vkX8

And then from a hearing before the Minnesota Senate, where childcare providers testified on the deceptive and invasive tactics employed by both SEIU and AFSCME—even political liberals inclined to be sympathetic to the unions were turned off: http://www.youtube.com/watch?v=pzgDpax5AFk

Shocking stuff—both are must see for anyone who cares about our right to be free of SEIU dictatorship in Connecticut. What we have now is government of the SEIU, by the SEIU, and for the SEIU. The SEIU is not the voice of the people—we are! Anyone interested in this issue should join us on Facebook at Stop the SEIU from Hijacking Care Providers in Connecticut at http://www.facebook.com/groups/185712171462620/

If they unionize eldercare and childcare workers, dealing with them will be like bringing the Motor Vehicle Bureau right into your bedroom. No one “served” by a unionized eldercare workforce is going to like it. Malloy and his campaign financiers are over-reaching for trouble.

Yes, the state is publishing this information; however, these employees may want to unionize, despite whatever anti-union views maybe.