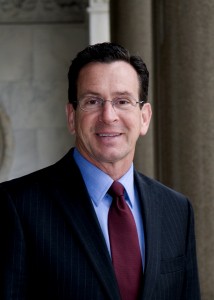 Without fanfare or announcement, Gov. Dannel Malloy has named the members of two working groups that will guide the unionization of home daycare providers and personal care attendants over the next year.

The executive orders also include a card check provision that takes away the ability of daycare owners and PCAs to vote by secret ballot.

Critics of the card check process say it opens the way for misinformation and intimidation by union organizers.

The Malloy administration previously declined to comment on whether doctors who accept Medicaid or employees of other organizations that accept state money could similarly be organized by executive order and forced to pay union dues.

According to his LinkedIn profile, Murphy worked as a staff attorney for the union NAGE/IBPO during the 1980s.

Larry Fox, listed only as a consultant on the administration website, will serve on both committees.

There is a Larry Fox with a West Hartford address who worked as a consultant for SEIU, according to the Federal Elections Commission, and gave $1,200 to the Service Employees International Union Committee on Political Education in 2006.

Other websites refer to a Larry Fox who is a former officer of 1199/New England and another who is a personal representative of former SEIU president Andy Stern.

It is unclear if these Larry Foxes are the same person or the one serving on the working group.

Both groups will review the executive orders that created them with the General Counsel’s Office, discuss process and schedule future meeting dates, according to the meeting agendas.

There is little doubt that this will push up costs of providers and further saddle them with restrictive and likely expensive work rules. What other purpose could there be for unionizing? It’s about collecting the dues in an involuntary manner of course. I would venture a guess that the YMCA is probably the single largest non profit provider in Ct. When people get priced out of for profit care, where do you think they will end up? Guess who subsidizes not for profits to serve those who cannot pay. It’s the state of course. If you kind of follow this it sounds like in a round about fashion that tax dollars funneled to those who cannot pay will increase due to cost rising as well as applicants for assistance rising and….Oh well it’s only tax money not real money that indirectly goes to cover the costs but the union dues as well. Non profits srtuggle to break even as is today. They really can’t be expected to raise donor funds to cover the shortfall created by the states own misguided union friendly policy.

Where are all those disgruntled day care workers demanding union representation??????? It’s just another payback for union votes with state money to create more dues revenue.

Malloy just loves those unions. He played easy with and will get their support since they own the Democrats. When will the voters wise up.

I’ll continue to stand up with those who can’t fight. It is sad Hartford’s majority and all their members will not sign the petition that challenges the Governors abuse of power. The Governor is polling at 35% and this is a perfect example of why. He does not care about those with special needs and is only loyal to special interests. State Rep. Chris Coutu

Wow! Corruption and evil know know state boundaries, huh? We’ve been fighting against family childcare unionization in Minnesota for years. You can see what we’ve been doing and how far we’ve come at http://www.childcarefreedom.com. These kind of executive orders are uncontsitutional and the card signing campaigns by the unions has been AWFUL here in MN. Providers were told they were signatures “for more information,” “for healthcare information,” “a petition to help other providers,” etc. The unions haven’t been truthful about anything here, except that membership dues will be voluntary. That’s the ONLY truth that has come out of their mouths. Of course, they won’t say that, as in all the other childcare union states, other providers will have to pay membership dues OR fair share fees (we’re a fair share state). So, yes, this is forced unionization! I am not anti-union, just anti-childcare-union! I’m happy to help other providers in Vermont with information you can send to other providers, research from other states, etc.

It is time to leave this state – we have the highest cost of living and this administration is putting policy forward that will insure that no state will catch us – no matter how hard they try!