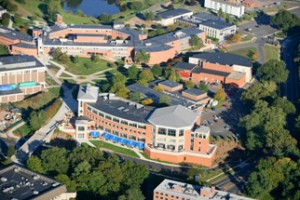 State auditors have uncovered evidence of timecard forgery at Southern Connecticut State University, including suspicious signatures by a supervisor who was on vacation.

The Auditors of Public Accounts released Monday their report on SCSU for 2008 and 2009 which found numerous problems with university practices.

The auditors said a university employee got a new job while on extended sick leave before retiring in June 2009. The auditors praised the university for reporting this incident, but faulted it for not attempting to get restitution from the employee.

Students who failed to pay their bills on time were not treated according to university policy, the audit states. In some cases, the university failed to put holds on student accounts to prevent further activity until payment was made.

The university also improperly delayed sending past due student accounts to collection agencies.

“Most of these issues have already been corrected as this audit covers 2008-09,” said Patrick Dilger, spokesman for SCSU. “We value this third-party review as it pointed out areas of weakness that we have subsequently tightened up.”

In addition to the suspicious signatures, auditors found other problems with timecards, such as poor record-keeping and lack of necessary approvals.

The auditors found improper use of compensatory time, too, such as earning too much or using it before it was earned.

The report noted that SCSU failed to keep records of employee background checks, didn’t maintain an accurate list of active employees and allowed employees to have more than one job without proper apprroval.