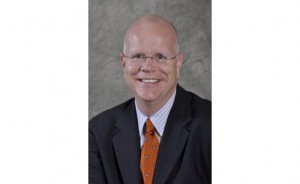 State officials underestimated tax revenue by more than 10 percent in the budget year that ended June 30, while spending was $256 million over budget. Since last month’s estimate, the state’s reported budget surplus went up $73 million to $159 million.

The sales tax came in above projections ($177 million) as did the inheritance tax ($138 million) and corporation tax ($122 million).

Despite the increased revenue, Lembo said the Connecticut economy remains weak with 4,100 jobs lost in June. According to Lembo, it would take more than a decade – at current growth rates – for the state regain all jobs lost in the recession.

Lembo, relying on estimates by the Office of Policy and Management, said the state ended the year with a $159 million surplus, but with several caveats. Without the use of savings to balance the budget, the state would have ended the year nearly $300 million in the red.

The surplus counts $553 million in state savings as revenue, plus $700 million in federal stimulus money, $115 million in cash taken out of other state funds and $40 million already charged to CL&P ratepayers.

The revenue above estimates allowed the state to eliminate the surcharge paid by Connecticut Light & Power electric customers, which would have cost ratepayers $646 million beyond the $40 million already collected.

“We reached this surplus using a federal lifeline that has now disappeared,” Lembo said. “A looming vote on the federal debt puts a dark cloud over Connecticut’s financial outlook. Dollars that we depend on year after year could suddenly disappear if federal spending cutbacks result in drastic funding cuts to Connecticut. One year’s federal stimulus money could become another year’s devastating federal cutbacks.”

Most of Malloy’s tax increases – including a rate increase and broadening of the sales tax plus new taxes and fee increases – went into effect on July 1 with the beginning of the new fiscal year.

The income tax increase took longer to implement and went into effect Aug. 1, the same day as Lembo’s letter to Malloy.

Although it takes effect later, the income tax increase goes back retroactively to tax income earned in the first seven months of 2011, unlike the other taxes.

Between August 2011 and June 2012, the income tax increase will raise $900 million in revenue, according to administration estimates. During this 11-month period, the state will collect taxes on 18 months of income.

In all, taxes went up $1.9 billion under the Malloy budget.

“The enormous tax hike was the sad result of our addiction to spending, which we still haven’t kicked,” said Sen. Joe Markley, R-Southington. “The bigger the tax increase, the more dire its affect will be on our state economy.”

“I’d love to see Malloy call us back and undo some of the new taxes in light of this surplus, but I don’t expect it – big-government types generally celebrate such surpluses, rather than feel ashamed of them,” Markley said.

Thought you might find this story interesting. For some reason the Segarra administration in Hartford has entered into a deal with an organization called Satori World Medical to provide healthcare vacations for city employees. A poster in City Hall state “”This benefit is covered 100% by your City of Hartford Health Plan” and that it “Includes airfare, hotel and ground transportation for you and your companion, plus $250.00 for incidentals ” as well as “15-17 day stay in Puerto Rico at a world class hotel”.

Leaving aside the fact Puerto Rico is not known for the quality of its medical care. The CEO of Satori World Medical is actually known for defrauding doctors and insurers.
http://www.signonsandiego.com/uniontrib/20040316/news_1b16fpa.htm

This seems to be more of a boondoggle than an attempt to control medical costs.

I understand that Kevin Lembo has a MPA (Masters of Public Administration) from Cal State U. I think that means that he is not an accountant, let alone the top “accountant”.
Our current state auditors and not accountants either.