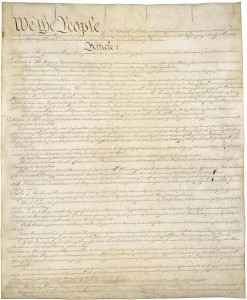 The Connecticut General Assembly is considering a bill that would prevent employers from talking about religious or political topics with their employees, the two forms of speech most protected by the First Amendment.

The labor and public employees committee has already approved the bill. It is awaiting action by the House and Senate.

“This content-based regulation of speech violates the First Amendment by singling out political and religious speech for special restrictions,” Hans Bader, counsel for special projects at the Competitive Enterprise Institute, wrote in an opinion column for the Washington Examiner.

“Employers have free speech rights even in the labor-union context, where free speech protections are at their weakest for employers under the Gissel line of cases,” Bader said, referring to legal precedent. “These rulings apply with added force to core political and religious speech.”

“Even the existence of a captive audience can only justify content-neutral restrictions on speech – not content-based bans, like bans on ‘political or religious speech,’” he said. “As the Supreme Court emphasized in 1972, ‘above all else, the First Amendment means that government has no power to restrict expression because of its message, its ideas, its subject matter, or its content.’”

The bill was prompted by failed attempts to unionize Yale-New Haven Hospital in 2006. Union leaders felt management discussions with employees dissuaded them from voting to form a union.

The bill would give unions an advantage in future organizing efforts because unions would be able to communicate with the employees, but management would not.

The definition of “political matters” in the bill “includes political party affiliation or the decision to join or not join any lawful political, social or community group or activity or any labor organization.”

At least six union representatives testified in support of the bill.

“However, because Connecticut has failed to provide this protection for workers almost without limits, employers can force workers to attend captive-audience meetings on work time,” said Lori Pelletier, secretary-treasurer of the Connecticut AFL-CIO. “This legislation provides workers with the protection they need from abusive employers.”

In addition to covering union activities, business owners testified to the labor committee that the bill could prevent them from organizing charitable activities, such as blood drives, bike rides and Relay For Life events, while interfering with their ability to run a business.

“I am a third-generation family member involved in our business and I have never read such a poor piece of legislation,” said Russell Paine, vice president of Paine’s. “Open discussion is what spurs new ideas and creates new opportunities for both employer and employee.”

“Please do Connecticut, its businesses and the country a favor and put this legislation where it belongs, the recycling bin,” Paine said.

“Our newly elected Governor has made a number of public pronouncements to the effect that, ‘Connecticut is open for business,’ and he has vowed to create a more business-friendly environment,” said Kevin Maloney, CEO of Northeast Express Transportation. “This bill, even the proposal of this bill, sends exactly the opposite message to those businesses within our state and more importantly, to those businesses considering relocating to our state.”

“The thrust behind this bill sounds achingly familiar – ‘Shut up and sit down,” said Nicholas Fanelli, president of Raynard & Pierce.

The Connecticut Association of Not-for-profit Providers for the Aging also testified against the bill.

“Many CANPFA members are sponsored by faith-based organizations and these organizations often require their employees to accompany their elderly residents and clients to religious activities and events,” said Mag Morelli, CANPFA president. “Such religious activities are extremely important to the elderly we serve and their participation would not be possible if not for the assistance of the employees.”

“This bill is harmful to Connecticut businesses and certainly harmful to our economy,” said Jack Traver Jr., president of Traver IDC. “We have been in business in Waterbury for 73 years now. During this difficult, challenging economy, restricting open communication at the company would be detrimental to company morale at a time when we can least afford to have this occur.”

Rick Willard, chairman of the Connecticut arm of the National Federation of Independent Business and owner of GWS Health Services, said the bill could prevent employers from talking about “developments at the state Capitol on issues affecting the employees’ jobs and workplace; government contracts; and aspects of the employees’ health benefits plan.”

Andy Markowski, state director of NFIB, said the bill “could promote new and costly litigation.” He said parts of the bill are “ambiguous, overly broad and subject to varying interpretations.” He said it is unclear how to interpret “casual conversation” and other terms used in the bill.

“Actual compliance with a law such as HB-5460 would be virtually impossible for many small and closely-held businesses,” Markowski said.