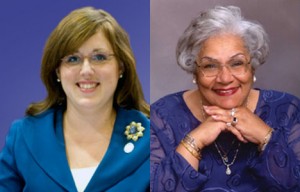 In the final round of audits for the 2008 election season, the State Elections Enforcement Commission has referred the candidate committees of Reps. Mae Flexer, D-Killingly, and Marie Lopez Kirkley-Bey, D-Hartford, to its enforcement division for further review.

“Anything that’s with enforcement, that’s a pending investigation,” said SEEC spokesman Nancy Nicolescu. “I wouldn’t comment at all.”

Flexer and Kirkley-Bey did not respond to a request for comment.

The commission voted on the seven audits remaining from 2008 at its Jan. 26 meeting. The commission approved the other five audits, including one of Flexer’s exploratory committee.

Only one of the five approved audits resulted in any enforcement action, that of former Sen. Rob Russo, R-Bridgeport. His treasurer, Ward Thrasher, paid a $300 fine for allowing the campaign manager to sign checks instead of signing all of them himself.

Russo, elected to the state senate in a 2008 special election, lost in the November 2008 election.

The SEEC audit revealed 136 instances of noncompliance in Russo’s audit, including 47 related to the fine.

Rep. Matt Lesser, D-Middletown, had two audits approved in the last batch. The audit of his exploratory committee found 15 instances and the audit of his candidate committee, 29.

Nicolescu said the commission plans to audit every candidate from the 2010 election, but will not review every transaction as it did for 2008.

“We don’t want to look at the Dunkin’ Donuts receipt,” she said.

According to eCris, the online database of campaign expenditures run by the SEEC, candidates reported spending $7,817.01 at Dunkin’ Donuts, including both the 2008 and 2010 elections.

Candidates reported spending $2,028.55 at Starbucks for the same period.

According to Nicolescu, candidates had until February to terminate their committees, so the 2010 audit process is just beginning. She said she expects the 2010 audits to be completed in early 2012.

“We were kind of building the ship as we were rowing,” Nicolescu said of the 2008 audits.