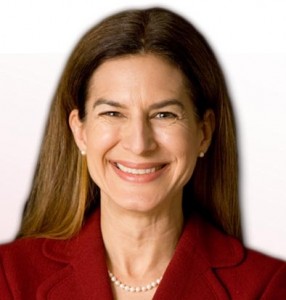 Former Secretary of the State Susan Bysiewicz was widely criticized in 2010 for her handling of vote counts in Bridgeport and now a report by state auditors suggests other management problems in her office.

Auditors criticized accounting procedures which led to a $5.2 million overstatement of customer balances out of a total of $12.5 million. Of the 20 accounts with the highest balances, auditors found that none were correct and that the errors could have existed for up to 10 years.

An inventory of books sold by the office was also inaccurate, according to the audit. The inventory listed 207 titles, but the office only stocked 22. Of the 22 publications, 10 counts were inaccurate.

“As of July 28, 2010, the perpetual inventory report misstated the actual inventory by 1,681 publications, valued at $156,328,” the auditors wrote in their report. Auditors said “there appeared to be a lack of oversight” that caused this problem.

Bysiewicz’s campaign did not respond to requests for comment by deadline.

Deputy Secretary of the State James Spallone, a former state representative from Essex who Merrill hired for the position, said the issues raised by the audit concern the previous administration.

“Obviously, it’s our ball now,” Spallone said. “We need to deal with issues that are remaining.”

He said the customer balances “need to be accurate” and they function almost like escrow accounts for law firms or companies that regularly file with the Secretary of the State’s Office.

“As the deputy, I’m going to have to investigate this further,” Spallone said. “I run the day-to-day operations and I’ve been at it for eight weeks.”

The office also failed to deposit checks on time, according to the audit. Auditors examined 20 checks deposited on Aug. 5, 2010, and 19 of them were deposited between one and three days late.

The office also frequently settled investigations of businesses with improper filings by offering a reduced fee or penalty. Of the 20 investigations reviewed by auditors, the charge was reduced in 13. Auditors reported there was no documentation in nine of the 13 cases and the reductions ranged from 50 to 82 percent of the original amounts. The assistant attorney general also did not sign off on any of the reductions, according to the audit.

The audit found the improper accounting of customer balances was a “material weakness” that could compromise the office’s financial reporting.

The Secretary of the State’s Office under Bysiewicz responded within the audit with plans to address the issues raised by the auditors.

The management response explained the errors in customer balances were caused by “data entry errors (e.g., entering the check number instead of the check amount in the ‘Amount’ field, double-entering check amounts)” for 19 of the 20 accounts. Management was in the process of negotiating with the customer to resolve the balance for the final account, according to its response.