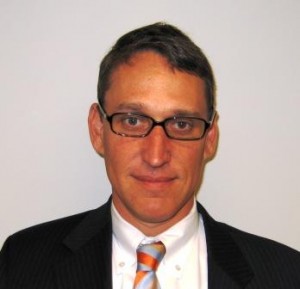 Gov. Dannel Malloy’s budget office submitted written testimony to a public hearing on the SutiNet bill Monday cautioning that it could be an obstacle to federal health care reform in Connecticut and impair the governor’s ability to manage the state budget.

Ben Barnes, secretary of the Office of Policy and Management, also raised a concern about the “unknown fiscal impact” of the proposed government-run insurance plan.

House Bill 6305 would create a SustiNet Authority to oversee seven health insurance plans. One plan, a government-run insurance company, would be managed by the authority. The state Comptroller and Department of Social Services would administer the other six plans.

“The Malloy administration fully supports the goals of SustiNet,” Barnes said in his testimony.

Barnes raised a concern that “some of the bill’s provisions severely weaken the executive branch’s authority and ability to manage major components of the state budget in a time of historic budget challenge.”

“As you deliberate the proposal before you today, I would like to raise some concerns for your consideration regarding the likely or potential impact of the bill on implementation of federal health care reform provisions in Connecticut,” Barnes explained. “I also would like to offer some cautions with respect to the executive branch’s authority and ability to carry out essential governing responsibilities, including managing the state budget.”

According to Barnes, the bill requires that SustiNet funds would deposited into a segregated account, which would “effectively tie the hands of the elected-and-accountable executive and legislative branches with regard to fiscal decision-making.”

He said some parts of the bill that put Medicaid programs under the SustiNet Authority could violate federal law.

Barnes said the Malloy administration is focused on creating a health insurance exchange under the federal law.

“Unfortunately HB 6305 could have serious, but perhaps unforeseen and unintended, impacts on how the exchange will be able to succeed by impacting the insurance marketplace,” Barnes said. “By way of example, the bill appears to exempt SustiNet from licensure by the Department of Insurance.”

He also raised some technical concerns about which part of the state would have the power to define “small employer” and the impaired role of the state to negotiate with its employees.