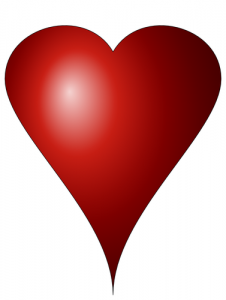 A government-run health insurance plan for Connecticut will get a public hearing Monday.

For years, liberal interest groups and union organizers have pined for such a plan, which they call a public option. Many see it as a pathway to a single-payer system that would allow residents one choice for health insurance – the state.

Three legislative committees will hold the combined hearing on the SustiNet bill, which includes the government-run insurance plan, and four other bills.

SustiNet is in part designed to take advantage of new sources of federal funding available under the national health care reform law. State-level responses to federal reform have varied widely with some states like Connecticut attempting to extract as much new money as possible, while 28 states sued on constitutional grounds to prevent the law from fully taking effect.

The newly created SustiNet Authority will oversee seven health plans, but will only directly administer one of them. Beginning in 2012, the authority’s plan, SustiNet G, will be open to municipalities, nonprofits and businesses with fewer than 50 employees.

SustiNet will become a full-fledged public option or government-run insurance plan in 2014 when it will be for sale to the general public through the state’s health insurance exchange and through brokers.

The comptroller will continue to manage state employee health benefits with the new ability to add municipal employees to that plan.

Cities and towns can gain automatic acceptance into the state plan if they commit all of their employees to it. The comptroller will have discretion if a municipality wants to offer the state plan as part of a menu of options.

Union negotiators have long sought to include municipal employees in the state insurance pool because they would no longer need to negotiate for health benefits locally. With health insurance a given, that would leave only wages and working conditions open to negotiation.

In addition the plans administered by the authority and the comptroller, the Department of Social Services will administer the other five plans.

As expected, the bill would expand Medicaid eligibility to capture increased federal funding. However, it also creates a segregated account that prevents the state from using that money for other purposes, in order to comply with the federal health care reform law that allocated the additional money.

For example, if the expanded Medicaid program, called the basic health plan, received more federal money than it paid to providers, it would have to increase payments to providers.

There will be a public hearing on House Bill 6305 Monday, Feb. 14 at 11 a.m. jointly held by the insurance and real estate, public health and human services committees. The hearing will also address