What will GAAP accounting cost Connecticut? 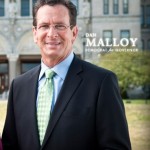 (This is a revised version of an article that originally appeared on Oct. 5.)

Democratic Governor-elect Dan Malloy said in an Aug. 30 interview that he wants the state to change over to GAAP accounting the day his administration begins.

Currently, Connecticut keeps two sets of books. The budget is balanced using a modified cash basis of accounting, similar to the way an individual balances a checkbook. When money is spent or received, it is noted in the state’s books.

GAAP is considered preferable because it better matches costs with revenue over a period of time. The Comprehensive Annual Financial Report accounts for the state’s finances using GAAP.

John Clark, director of budget and fiscal analysis in the Comptroller’s office, said the CAFR is not required by state statute, but it helps sell the state’s debt. The CAFR “reconciles the budgetary basis to the GAAP,” he said.

He said bond investors look at Connecticut’s Rainy Day Fund and the GAAP deficit and say, “Well, you’re in balance,” because the two approximately cancel each other out.

“This is our way of saying – while we’re auditing the books of state government – that we need to make this change” to GAAP accounting, Auditor of Public Accounts Kevin Johnston said, referring to the adverse opinion on the Comptroller’s annual report