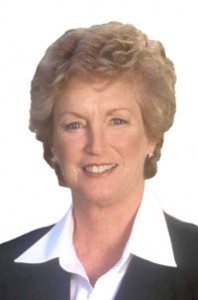 Connecticut’s lame-duck governor is the third-worst in the country, according to a report by the Cato Institute, because of the tax increases and rise in spending under her watch.

Cato, a Washington think tank, ranked 45 governors based on their spending, revenue and tax policies. Rell received 28 points and an F grade. She was the only Republican to receive an F, although three received D grades.

The governor’s office declined to comment on the story.

“While many states have cut spending in recent years, the Connecticut general fund budget has continued to rise,” the report says.

Rell scored 46 points in the revenue category for supporting revenue increases of only 1.3 percent.

Governor Jodi Rell’s real legacy was to be the change she made for Connecticut by redefining the Office of State Ethics. That office with all the new statutes and regulations was to be the corner stone for the country to emulate as states began to revisit their own ethics divisions. Many states were looking to Connecticut to review this legacy of Governor Rell and begin to adopt these well publicized changes in their own back yards. Perhaps we all had better put the breaks on and wait to see what Connecticuts’ Governor is leaving behind as her legacy before adopting it in other states.

I attended the Office of State Ethics five year anniversary. There was quite a build up and lots of talk of the upcoming five year event of this new and improved Office of State Ethics. Along with that there were all the bright yellow signs posted around the capitol, so, I certainly for one was dismayed Governor Rell was absent. Actually other than Senator Kissel, I saw no other legislators. Perhaps fifty people filled room 2C of the Legislative Office Building and maybe twenty of those folks were OSE employees. Ms.Bornhurst of the Citizens Ethics Advisory Board was the only board member present. Embarassing attention has been made to this office and the CEAB when the previous Chairman G.Kenneth Bernhard was forced to step down for giving political donations while holding office. He said he did not know and it was just a little mistake? If the Chairman does not know the rules then who should? Attorney John Geida, who represented me as the first respondent to have gone before this board for a trial has filed an appeal on a myriad of issues including the violation of Mr Bernhard having taking his seat on the board too early after his political career ended,in violation of the state statutes, the structure of this new body and the actions of the members of the OSE enforcement division in conducting their investigation. It seems now it is very difficult to fill the seats on the CEAB and everyone is scratching their heads as to why? I personally can not understand how could they have even begun to fill seats in 2005? How could they open up office and have begun to hold CEAB hearings on ethics violations if the CEAB board, OSE and Governor Rells’ office did not have a clue as to the most basic of questions-how to abide by the statues in filling the seats on this most important board in the first place? More importantly why has our Legislature not weighed in on the problem yet? Many commented they watched the CT.N coverage for many of the days it was televised.

Personally, I believe the embarrassment caused by the last very public hearing was enough to make anyone run for cover and not want to step up and be a part of what seemed like a three ring circus. There the CEAB sat as the judge and jury along with a prosecutor who seemed to redefine the statutes as he went along or as was required to make a conviction possibly result. I dare say anyone who had thought of sitting on the CEAB now would think twice for fear of tainting their name and reputation if they were to be associated with this office in its present state. Or at least until the Office of State Ethics, Governor Jodi Rell and the legislative body in Connecticut goes back to the drawing board and fix all the flaws with this new Ethics office and Citizens Ethics Advisory Board. I would think they surely must realize that manufacturing evidence to attempt a conviction is unethical, that not following the rules of evidentiary and civil procedures is against the statutes and laws of this state. But most importantly the Legislative body needs to realize that the OSE Enforcement Division does not even itself understand the role of its office yet or that of the board. What arrogance when in arguments to the judge, Ethics Enforcement Officer T.J Jones states “ I submit that as a matter of law that’s wrong, your honor. 1-81-A-3 is the provision of the code that says the board shall interpret the code, and when it interprets the code nobody appeals it. The board is the trier of fact in this case, it is bound by the law. That means they are the end all and be all until some other body tells them otherwise” . In hearing that recited from the prosecutor of the OSE clearly demonstrates that he and his office have a total lack of understanding of what their role is and what the role of the CEAB is to be. The arrogance to think anyone office in the state can deny one of their Constitutional rights is absurd!

Well maybe Governor Rell did not appear on the fifth anniversary, October 1, 2010 for Ethics Day Awareness at the LOB because she just did not want to get out of bed and face the facts that she and her office got it wrong again! That if anything she did not fix the problem with the Office of State Ethics when she came into office, she actually made it worse. Now with the opportunity and all their flaws visible to the public she has failed to do anything to correct it. Perhaps now that the results of this disastrous trial is now going before the Appeals Court the OSE will again undergo a transformation and this time for the better. They may get training in what the statutes mean, how to interpret the code and what their role is in the state. Someone should also remind this group, they work for us, the taxpayer, they are not self employed. This office is quick to point out as the Enforcement Officer stated in his presentation yesterday that the OSE was reorganized after the previous office was dismantled as a result of the Rowland scandal. Well, John Rowland paid his dues, I have heard him speak and he admits his errors, if the OSE had admitted theirs on the investigation into their case brought against me at least after Jones took my deposition on May 2009 we both could have saved the state a ton of money. But maybe this was meant to be. OSE is not functional if it is not functioning properly. Let us hope the legislature steps in and rights the ship. As Jones likes to say this ship has sailed, but unfortunately it has sailed off a cliff and Governor Rells’ legacy with it. Govenor Rell gets an “F” here for sure.