Are DeLauro, Dodd and Lieberman reading their mail? 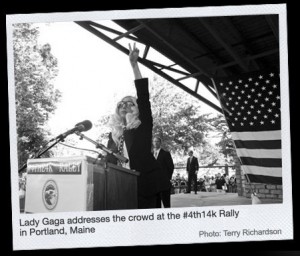 A concerned citizen in Stratford wrote a letter to his three representatives in Washington hoping they would oppose a change in federal policy, but their responses raise questions about how closely they read his letter.

All three wrote back to Rizzitelli thanking him for taking the opposite position.

The House voted to overturn the policy in May, but Senate Republicans recently halted the legislation there. Dodd and Lieberman advocated for the change, which earned them prominent praise from Lady Gaga. DeLauro and her House colleagues from Connecticut all voted for the repeal.

“I urge you in the strongest possible terms not to overturn the ban on open homosexual service in the military,” Rizzitelli wrote in February.

His message wasn’t clear to the Washington delegation.

“Thank you for contacting me to express your support for the immediate repeal of the U.S. military’s ‘Don’t Ask, Don’t Tell,’ policy. We are in complete agreement on this matter, and I welcome the opportunity to respond,” Lieberman wrote.

“The correspondence issue was a database error on our end that is being corrected,” said Lieberman spokesman Jeremy Kirkpatrick.

DeLauro had a similar response: “Thank you for contacting me with your support for ending the military’s ‘Don’t Ask, Don’t Tell’ policy. I appreciate hearing from you on this important issue and I share your belief that American servicemen and women should not be discriminated against on the basis of their sexual orientation.”

“Thank you for contacting me regarding efforts to repeal the ‘Don’t Ask, Don’t Tell’ policy in our nation’s military. I appreciate hearing from you on this important issue,” Dodd wrote. “I share your concerns about this discriminatory practice.”

Kirkpatrick said Lieberman’s office has a separate staff and correspondence system so he couldn’t speak for the other offices.

DeLauro and Dodd’s offices did not respond to repeated requests for comment.

“You can’t conceivably imagine that three separate offices did exactly the same thing without someone on the inside having an agenda,” Rizzitelli said.

He said someone from Dodd’s office called to apologize – after a reporter called for comment.

I do not find the lack of response surprising. I have repeatedly sent e-mails to John Larson expressing my concerns to Washington agendas. They go unanswered. He even gave me a special e-mail address to use to reach him. That also is ineffective. You guessed it – No answer. The special e-mail address proves to me that his published e-mail address on his website is ignored. John Larson only represents himself and his party cohorts. Let’s send Ann Brickley to Washington instead. If she is not responsive, we send someone else in two years.

Malvi, I wrote Dodd, Lieberman and Courtney a similar letter about healthcare, and received the same response you did. When I brought the discrepancy to their attention, not one had the courtesy to respond. Guess I know where constituents stand in the state of CT.

This is standard operating procedure. I wrote to Larson, Dodd, and Lieberman during the healthcare debacle expressing my extreme displeasure with their positions and final waffle (Lieberman) all three replied back thanking me for my support. Career politicians are a big part of our problem. We need to vote them out, and train the new ones to be accountable to the people (sort of housing breaking the new puppy)