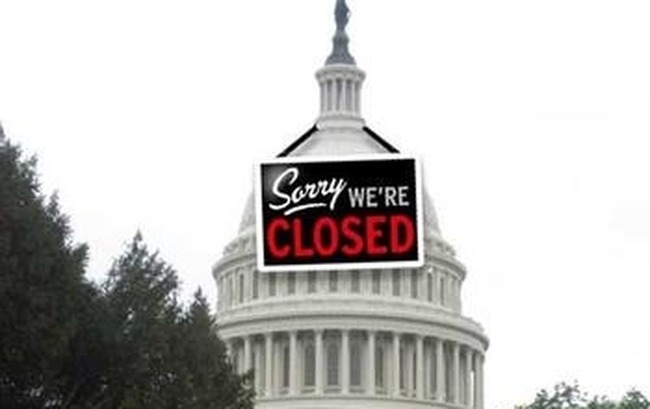 You often don’t know the value of what you have until it’s taken away from you. In the words of the Counting Crows, “You don’t know what you got till it’s gone”.

If age-old wisdom and 1990’s rock bands are correct, then Americans still have no idea what government is worth.

Despite a government “shutdown”, U.S. Treasury accounting sheets show that in the first two days following Congress’ failure to pass a budget the United States government spent $63 billion, collected almost $26 billion in taxes, and borrowed approximately $1.6 billion in the form of Treasury securities.

In fact, in day seven of the shutdown, the United States Army spent more than $47,000 on a mechanical bull, a ludicrous expenditure in times of normalcy and a glaringly obvious indicator of this shutdown fallacy. The government is by no means gone.

For comparison, in the first two days of FY2013, when the government was not “shut down”, the federal government spent $124 billion, collected $29 billion in taxes, and sold $100 billion in government debt.

In other words, the lack of a budget has only cut spending by half and has had a marginal impact on the money taken from citizens.

In fact, according to the Washington Examiner, in reality the shutdown has only reduced government activity by 17percent. Only in Washington would operating at 83 percent capacity be termed a shutdown.

But here’s the scariest part: government has grown so big that, even though it is constitutionally unable to operate, it is still spending extraordinary amounts of money and taxing at a near-normal rate.

What kind of beast have we created? If nothing else, this shutdown has shown us that cutting spending is an extraordinarily difficult task, but an increasingly important one. If the government will never, even in the most extreme circumstances, operate at less than 83 percent of its capacity, then spending cuts must be made. Any other course of action is unsustainable.