Legislative Inaction Could Mean the Death of Transparent Government 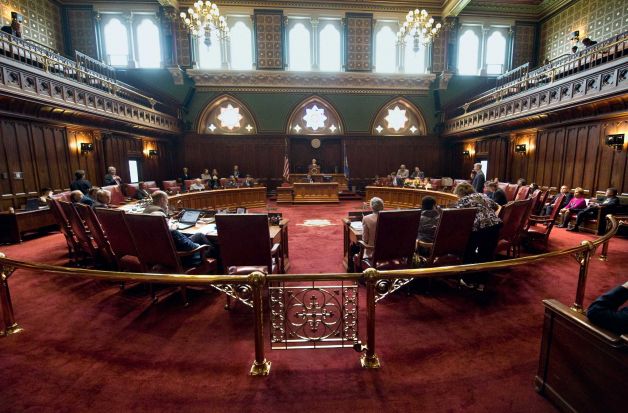 The election of Kevin Lembo as the state’s Comptroller has always stood out, in my mind, as a bright spot in an otherwise dismal 2010 electoral cycle. His policy initiatives, especially those aimed at greater government transparency, seek to remind lawmakers of an often forgotten fact: they are responsive to their citizens, and they are not above scrutiny.

For this reason, I felt Mr. Lembo’s pain when the Senate failed to vote on his “Act Concerning Transparency in Economic Assistance Programs”. The bill would have established a searchable database with information on the state’s economic assistance and tax credit programs for businesses, with an emphasis on the monetary value of these programs and their success (i.e. jobs created). In addition, the measure would have required periodic postings from the Department of Revenue Services on the incidence of taxes with revenue greater than $100 million.

Clearly, this bill would have had important implications for state accountability and transparency. Shouldn’t citizens have the right to know what businesses are receiving government exemptions or assistance? Isn’t the impact of taxes on our economic well-being an important issue?

Apparently the Senate President, Don Williams, did not think so. After unanimously passing in the House, the bill was left to die in the Senate chamber as the thirty-six legislators adjourned last Wednesday night.

Williams, commenting on the Senate’s failure to vote on the bill, stated, “There are a lot of bills that died on the calendar.” Nevertheless, the Senate managed to pass 553 bills in this year’s session, with an astounding 51 of them voted through on the last day.

And, once this point was reached, I was there to see Mr. Williams repeatedly pick up his phone and call the Lieutenant Governor to decide which bills to call next. I was there when, after these private conversations, the Senate clerk called out the next round of bill numbers. And I was there to see the dejected faces as various visitors, including two from Mr. Lembo’s office, realized their bills would not be called in this session.

Perhaps the Senate’s failure to consider this important bill is a reflection of the growing secrecy in our state government. Perhaps it reflects the danger of one-party rule, or the immense power wielded by the Senate President. Most discouraging, perhaps it is another indicator of the “we know best” attitude so many government employees have.

What it is not an indicator of, however, is a desire, reflected in the wishes of so many citizens like Mr. Lembo, for greater government transparency, efficiency, and responsiveness. These values may be the greatest casualty of this legislative session.