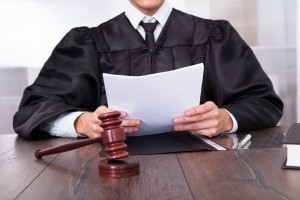 Approximately 90 percent of trained family court child advocates in Connecticut are not regularly assigned to cases.

Nearly 1,000 people have taken the state-mandated training course to become a guardian ad litem. Around 10 percent of that number have regular appointments in divorce cases.

Guardians ad litem are appointed by the court in custody disputes involving a minor child. The parties involved cannot elect or refuse the appointment of a GAL, whose role is to assess the child’s situation and represent his or her best interest. Since a GAL does not act as an attorney, any person who has participated in a state-mandated training course may qualify.

However, an analysis of court records show only a small number of attorneys receive regular appointments.

“We’re wasting everyone’s time because people think they’re going to get appointed and not everyone is going to,” said Prof. Carolyn Kaas of Quinnipiac University School of Law.

Some GALs who don’t get family court appointments may work in other parts of the court system. The Latin term “ad litem” means “for the suit.” In other words, GALs act as guardians in a single case.

Kaas, an expert on family law who is involved in training GALs, said there are people who have been trained but have not been appointed because they do not have “the credentials the court believes they should have” in order to act as a GAL. She added that some people might meet the basic requirements but lack experience.

“The kids are the most important thing,” she said. “They should have the most qualified people.”

A second type of court-appointed advocate, attorney for a minor child, must be a lawyer. These attorneys treat the children they represent as they would a client. Both GALs and AMCs receive immunity that protects them from being sued for doing their work at the direction of a judge.

A task force on child custody cases created by the General Assembly is in the process of reviewing how guardians ad litem and attorneys for a minor child are used. The task force’s recommendations are due in February. Its next meeting is 10 a.m., Tuesday, Nov. 26, at the Legislative Office Building, Room 2B.

Family law attorney Maryam Afif, with the Law Offices of Seth J. Arnowitz in Stamford, took the training course two years ago, but has never been appointed to a case as a GAL. Afif said she has worked with GALs on cases because she is a divorce attorney.

“All I can say is that it is true that ones with more experience are good to have on a case,” she said. She added that she has “speculated” that experience and networking have an influence on appointments, but cannot say for sure.

Although a judge makes the official appointment, attorneys involved in a case can recommend GALs.

At a hearing before the Judiciary Committee in April, Sen. Len Fasano, R-North Haven, called Connecticut family law a “close nucleus of lawyers.”

Kaas said that judges may have “favorite” GALs they like to appoint — that is, “people who have shown themselves to do good work.” She said that usually, the judge decides they “don’t want to just take the next name on the list,” but someone “whose talent fits” the specific case.

Prominent criminal lawyer Norman Pattis wrote on his blog in February that Connecticut family court is “manufacturing the fiction” that it knows what is best for a child in a custody case. He said that in Connecticut, any person aiming to serve as a child advocate must “attend a 30 hour course intended to do just what, exactly – yield a Rolodex with all the right names and numbers?”

Fasano said at the April hearing he doesn’t think lawyers should be making recommendations as to which GAL gets appointed to a case. “That’s where the problem begins,” he said.

Kaas said that those involved with developing the training are looking for ways to improve the course.

“I am well aware that there are some very vocal people who are upset with the GAL system,” she said. “Any system can always be made better. This training system is the perfect example, but we’re always trying to make it better.”

Changes made in 2012 to the Connecticut Practice Book mandated training for anyone who wanted to be eligible for appointment in cases, regardless of their years of experience in the field.

Flyers for the courses do not specify requirements to enroll in the training, only emphasizing that individuals involved in active family court litigation cannot enroll.