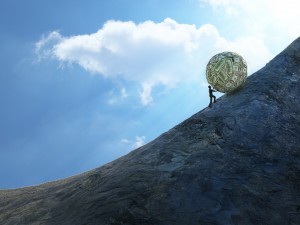 Actuaries predict Connecticut will spend $1.7 billion less than previously projected on retiree healthcare over the next 25 years because of lower-than-expected costs and a slowing rate of growth in healthcare costs around the country.

With the expected savings, announced Tuesday by Gov. Dannel Malloy and Comptroller Kevin Lembo, the state appears to be tapping into a widespread trend toward slower growth in healthcare costs.

The state’s actuaries, Farmington-based Segal, credited the healthcare savings to:

– A change in assumptions for healthcare cost growth in the future. The new assumption expects 7.5 percent growth next year, down from 8.5 percent.

– An 11 percent reduction in prescription drug costs the state expects to realize from a new contract. Segal said in a memo that it has not seen the contract and is basing its projections on savings estimated by the state.

Previously, Malloy and Lembo took credit for other changes in actuarial assumptions. Before they took office in 2011, actuaries predicted future spending of $31.2 billion on retiree healthcare.

Since then, a new actuarial company – Segal – has taken over providing the state with predictions and the state has seen a $13.3 billion reduction in the amount it expects to spend on retiree healthcare.

Those reductions have largely come from changes to the way numbers are crunched. For example, Segal assumes the state will get a higher return on its investments, an increase from 4.5 to 5.7 percent.

This new, higher rate of return has two effects. First, the state assumes the money it invests will grow more rapidly. Second, the state values future spending at a lower rate.

This is a riskier way to make these projections because, if the returns are not as high as projected, the state will still owe the money and will have to make up the difference.

Compounding this problem, the state is not investing much money now – only $50 million – to defray future healthcare costs, so it is unlikely to see these returns.

The actuaries use the expected rate of return to value a dollar in the future, as what economists call a discount rate.

This amounts to a projected savings of 27 percent in that year.

Economists and finance experts are in near-universal agreement that using the expected rate of return as the discount rate is a bad practice and does not reflect the true cost of future obligations. Instead, they suggest investment returns and the valuation of future costs should be kept separate.

The latest round of savings appear to be more substantial. Although the growth in Connecticut’s retiree healthcare costs are slowing alongside similar costs nationwide, they remain significantly above average.

“During 2009–11 per capita national health spending grew about 3 percent annually, compared to an average of 5.9 percent annually during the previous ten years,” a group of Harvard Medical School researchers wrote in the May issue of the journal Health Affairs. The issue is devoted to the latest research on health care cost trends.

“Since taking office, we have tried to rethink our approach to managing the state’s finance, so that government is not in the position of choosing between providing services and meeting our obligation to public employees,” Malloy said. “A drop like this in our expected obligations means that we are taking steps to address our issues now and not putting them off for a later date.”

“This significant reduction in the state’s future costs is the result of cooperation and collaboration across state agencies, management and labor,” Lembo said.