Conn. officials reject request to determine if non-citizens are registered to vote 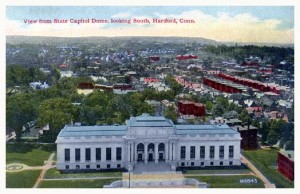 Connecticut’s court administrators have denied access to a list of residents exempt from jury duty because they are not citizens of the United States, inhibiting a media effort to determine if non-citizens are registered to vote in the state.

Media organizations in other states, including an NBC affiliate in Florida, have used jury exemption lists to show non-citizens are registered to vote and have voted.

When called to jury duty, Connecticut residents can accept the date of their summons, postpone to another date within 10 months or claim exemption from service for one of 11 reasons.

One of the exemptions is, “I am not a U.S. citizen. I am a citizen of:” followed by a blank space for the person to fill in their county of citizenship.

The form is signed under penalty of false statement.

“The jury data that you are seeking is not a record ‘pertaining to budget, personnel, facilities and physical operations of the courts’ and therefore is not subject to the Freedom of Information Act,” said Martin Libbin, deputy director of legal services for the Judicial Branch, in his response denying Raising Hale’s request for the list of people exempt from jury duty.

Voter applications are also signed under penalty of false statement.

“We do not require proof of citizenship to vote or register, we rely on the attestation of citizenship on the voter application and we do not conduct further investigation,” said Av Harris, spokesman for Secretary of the State Denise Merrill.

“Every person, when they register to vote, attests with their signature under penalty of false statement that they are a U.S. citizen,” Harris said. “Every voter signs the registration forms knowing that if they make a false statement they face legal liability for perjury.”

Although Connecticut’s transparency law does not compel the release of certain documents, government agencies are not prohibited from releasing them in many cases.

Libbin said former Attorney General Richard Blumenthal in 2007 advised the Judicial Branch “certain information must be redacted, including … all birth dates and information other than names and addresses” if it chose to release the master jury file.

Names and addresses of non-citizens exempt from jury duty would be sufficient for a state agency or media organization to determine if any non-citizens were registered to vote or had voted illegally in previous elections.

“Notwithstanding the foregoing, I can tell you that a list does exist that contains the name, address, date of birth and social security number of persons permanently disqualified from jury service. The list includes those over the age of 70 who have opted for a permanent disqualification as well as individuals who for various medical or psychological reasons have been deemed unable to serve. Separate from the foregoing, there are exclusionary lists which are used in creating the master jury file. For example, the deceased persons’ file and a judges’ file are used to make sure such individuals are not included on the master file list.”

Raising Hale filed a second request with Libbin specifically stating its purpose and asking the Judicial Branch to reconsider:

“With an election this year, public access to the jury exemption list is especially important. It would allow open reconciliation between the list and statewide voter registration. Does the department conduct such comparisons on its own or provide the exemption list to an agency that does? If not, will the department please make the lists public so this review can be done in the open?”

“Please be advised that I discussed your request with the Judicial Branch and our position has not changed,” Libbin said in response. “Since the name of an individual who is exempted from jury duty may have come from a source other than the statewide voter registration list (i.e. licensed motor vehicle operator, etc.) and to be a juror one is not required to be a registered voter, the Judicial Branch does not reconcile the exemption list with the list provided by the registrars of voters.”

“I find it very disappointing that our Judicial Branch will not assist in making sure that non-citizens do not vote in Connecticut elections,” said retiring state Rep. John Hetherington, R-New Canaan, ranking member on the judiciary committee.

Harris said local registrars of voters are the only officials with “the authority to add or remove people from voter registration lists.”

The other reasons for exemption from jury duty are: