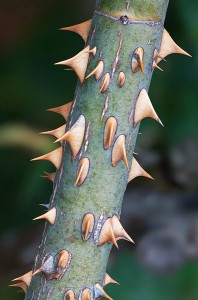 Connecticut is an onshore tax haven, according to some readings of a new study, not the greedy, over-taxing monstrosity we all thought it was.

Time to close the Yankee Institute. We have won.

Hold on. Before we do anything so drastic, let’s take a second look.

Ernst & Young found in its annual study of business taxes on behalf of the Council on State Taxation that Connecticut businesses pay only 3.6 percent of total state output in taxes, tied with Utah for second-lowest in the country.

North Carolina and Oregon tie for the lowest rates.

Politicians predictably fawned over the study in a Connecticut Mirror article, “Study says business tax climate is relatively rosy,” because of its favorable take on Connecticut.

These are interesting figures and it is good that these taxes are relatively low. Taxes on businesses are inefficient because businesses don’t pay taxes, people do.

There’s no special “business wallet” for the money to come from. Customers and business owners pay business taxes.

According to the same Ernst & Young data – with only one simple calculation added – Connecticut collects 11.14 percent of total output, putting it 18th in the country.

That’s slightly above average, but not terrible.

Is there a better measure of how taxing a government is than how much money it takes out of the economy? Yes, taxes per person.

On that measure, according to the Tax Foundation study of 2009, the most recent year available, Connecticut ranks dead last, at $7,256 per person. That’s $505 more per person than our closest competitor, New Jersey.

Since a primary driver of government costs is population, it makes sense to compare how much they spend per resident.

Connecticut residents are more productive than residents of many other states so we make more stuff (and more money) per person.

If you adjust for income – which is highest in Connecticut – we still have the third-most severe taxes in the country, with 12 percent of income paid as taxes.

That’s not all. David Walker, former U.S. comptroller general and current watchdog at the Comeback America Initiative in Bridgeport, recently detailed Connecticut’s unfunded liabilities, which are also worst in the country.

“Unfunded liabilities” is another way of saying “future taxes.”

If we don’t do something, our children will be left with fewer choices when they make decisions about the government they want. They’ll still be paying for the government we couldn’t afford. That’s a perverse inheritance.

Connecticut’s already worst taxes are going to have to get even harsher to pay for the looming debts.

If today’s taxes aren’t monstrous, wait until you see tomorrow’s.

Cancel that moving van. It looks like we are here to stay.