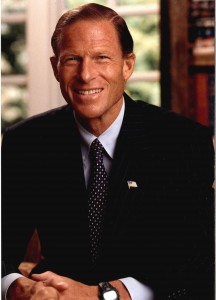 Editor’s Note: On Friday, October 22, Raising Hale published a story regarding the Attorney General’s handling of two similar cases entitled “Did Blumenthal go easy on a thieving party boss?”  The Attorney General’s office responded to the story with this letter to the editor.  (PDF)

The office sued Lakeview Monuments of Bridgeport and owner Richard Miron, pursuing Miron aggressively when he failed to provide gravestones to at least 73 consumers. The attorney general fought vigorously on behalf of consumers, ultimately achieving a settlement that provided full restitution — every penny back — to all 73 consumers. This agreement provided more prompt relief to consumers who might have been forced to wait years from litigation tied up in court.

In another case — against William E. Magner Jr. and his cemetery management company — the attorney general filed a lawsuit after Magner allegedly misused cemetery resources for his own private gain and after he failed to deliver gravestones and other services to several consumers who paid deposits or in full.

After Magner accepted and deposited consumer money into his own company’s bank account, he never provided products and services. Magner was also criminally charged for his conflict of interest in serving as both the paid cemetery manager and as a member of the association’s board of directors.

As in the Miron case, we are hopeful that a similar outcome can be negotiated with Magner — providing full restitution to all consumers. If Magner indicates that he’s willing to pay full restitution, this office would accept it. Until such a resolution is offered, this lawsuit on behalf of consumers will continue.

Err…”pursuing Miron aggressively when he failed to provide gravestones to at least 73 consumers.” ?

There were civil suits for the identical crimes by Lakeview Monument dating (at least 19 cases) dating back to 2002. It was not until April of 2008 that Blumenthal finally filed a suit. It wasn’t until Miron stole from a cop’s wife that criminal proceedings began.

So please, enough with “aggressive pursuit” of political friends.