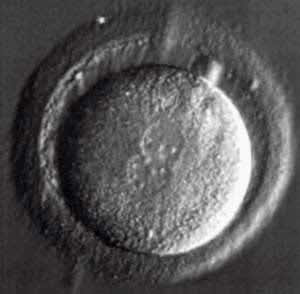 Connecticut faces a $2 million potential lawsuit from a woman whose only two fertilized embryos were mistakenly implanted in another woman at a private clinic affiliated with the University of Connecticut Health Center.

The clinic’s medical director – a state employee – received a $500,000 bonus last year despite the mistake.

Tammi Pavano, formerly known as Tammi Whipple, of Winsted, filed the $2 million claim with the Office of the Claims Commissioner on Feb. 22.

The claims commissioner granted permission to sue the state on July 6.

The woman who received the wrong embryos also filed a claim with the Office of the Claims Commissioner, but withdrew it July 6. Her lawyer, Vincent DeAngelo, declined to comment and requested that his client’s name not be included.

Pavano’s attorney, James Townsend, did not return calls for comment.

Two years ago, an embryologist at the Center for Advanced Reproductive Services matched the wrong identification card with a patient, giving her instead the card belonging to Tammi Whipple, now Tammi Pavano.

Prior to that visit, both women had visited CARS to have embryos extracted and fertilized. The embryos were then frozen and stored until they could be implanted so the women could have children.

When the clinical staff checked and rechecked the embryos against the identification card, they matched, according to Department of Public Health documents.

Even though the card and the embryos matched, neither matched the patient.

DPH fined CARS $3,000 because an employee did not follow standard procedure to match the identification card with the patient.

CARS is located at the UConn Health Center and has a complex relationship with state. For example, most of the people who work at CARS are state employees.

UConn Health Center spokesman Chris DeFrancesco confirmed the existence of the settlement and the pending claim. Paul Verrastro, vice president of operations for CARS, declined to comment separately from DeFrancesco.

In a similar case, a California woman won $1 million when she was implanted with the wrong embryo, although in that case the doctor did not inform her of the mistake until the baby was 10 months old.

CARS notified the patient implanted with the wrong embryos of the mistake on April 15, 2009, one day after the procedure.

However, according to DPH documents, Pavano didn’t even know about the mistake until after the woman made her decision to end the pregnancy.

As of May 1, according to Schmidt, the patient was still pregnant, although her hormone levels were declining indicating that the pregnancy was coming to an end.

Verrastro told a DPH interviewer in June that the patient “wanted to have D + C done even though hormone levels were decreasing as expected.” D + C refers to dilation and curettage, a gynecological treatment that can also be used to end a pregnancy.

Verrastro told DPH the procedure was done on May 22.

CARS didn’t contact Pavano until April 27, when they asked her to come to their office. Nulsen and another doctor informed her of the mistake on May 4. Verrastro told a DPH investigator that CARS staff decided “it was in her best interest to wait until we had definitive information.”

This sequence of events conflicts with the one suggested by the withdrawn claim. Pavano could not suggest she wanted the pregnancy ended if she did not know there was one.

The complex relationship between CARS and UConn is outlined in a series of contracts and amendments. These agreements proved confusing even to the lawyers representing CARS’ employees.

Joyce Lagnese, a lawyer at Danaher, Lagnese & Sacco who represents CARS, spoke with a DPH investigator on May 7, 2009, by phone, according to DPH records. The investigator’s notes say,

Per Joyce: “Rob Silva (UConn atty) and I have talked about which employees work for whom.” We are having a hard time sorting that out. It may end up that we both will be present during all the interviews.

She refers to Robert Silva, an attorney with O’Brien, Tanski & Young. According  to DeFrancesco, the firm specializes in professional liability defense and is working on this case for the health center.

John Nulsen, as medical director, sits at the top of the CARS organizational chart.

Nulsen participates in a special bonus program for CARS employees. However, he is the only participant.

Under the contract between CARS and UConn, state employees who work at CARS participate in an incentive compensation program “to reward high quality, cost effective care and exceptional productivity.”

UConn officials contend that allowing CARS to drop its insurance in the 2003 amendment did not create any additional risk for the state, since the original agreement contained nothing “that would have precluded a claim against the state of Connecticut based on the actions of a UCHC employee as an agent of the state, in addition to or instead of a claim against CARS,” according to DeFrancesco.

UConn released CARS of the need to buy insurance when a contract amendment signed in August 2003 deleted two sections of the original contract between CARS and UConn. The two deleted sections required CARS and a related company to carry professional liability insurance for “any UConn employees providing services to the Program” and comprehensive general liability insurance.

The contract amendment justifies the change because the employees are “acting in their capacities as State Officers and Employees” and they are “entitled to the statutory immunities and protections that result therefrom.”

Employees of the State of Connecticut cannot be sued for negligence. However, instead of suing state employees, a victim of negligence can sue the state according to a process outlined by state law.

Under the doctrine of sovereign immunity, the State of Connecticut cannot be sued without its permission. A victim of state negligence would have to file a complaint with the Office of the Claims Commissioner.

Pavano filed such a complaint and received permission to sue the state July 6.

Under the 2003 amendment, CARS has no insurance coverage to protect the state if someone sues Connecticut because a non-physician employee was negligent – exactly what happened in this case.

Zachary Janowski is an investigative reporter for the Yankee Institute for Public Policy, Connecticut’s free-market think tank with offices on the campus of Trinity College in Hartford.

In this case the incorrect identification card caused the mix-up. Women should get compensation for all her injury. If you have been injured as a result of another person’s fault , you have a right to claim compensation.

The issue here with the UConn Health Center and the relationship with CARS is that the Health Center has numerous relationships like these. Many of the stem cell research labs as well are privately held, but associated with UConn and staffed by state employee personnel. The profits will go where? The funds are generally federal funds for state institutions not for private enterprises. Is it by hiring state personal and having these quasi relationships with a university they are then considered nonprofit. Or does it all get so murky that no one can follow the paper trail which probably leads back to many of the researchers employed by the UConn Health Center and their benefit packages. So the next question is then who pays the benefits to these researchers , are they as well state employees but paid corporate salaries without any accountability to the state taxpayers?
One would need a forensic accountant to decipher the relationships the Health Center has been allowed to form with various enterprises all the while supplying state employees that the tax payers fund the pensions, insurance, salaries and now it seems the liabilty insurance as well.