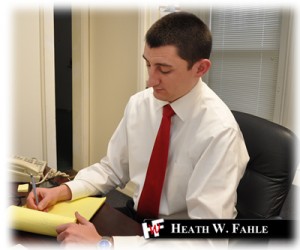 This week it was revealed that in the face of a disastrous budget crisis, House Speaker Christopher Donovan of Meriden’s solution is to turn his frown upside-down and doggedly commit himself to the idea that if he ignores the problem, it will go away. He is hardly alone.

Even Governor Rell, who has at least been responsible in talking about the state’s budget problems, was instead shown to have been championing ideas that her own Administration knew to be fatally flawed before she did so .

In the face of such delusions, it has become increasingly clear that the problem with our politics is our politicians. Their incompetence and unwillingness to confront hard issues should serve as the ample justification necessary to change the rules so that the political process can be opened up to new people and screen out the same old crowd.

Perhaps the most potent criticism of such politicians came from former U.S. Senator George McGovern, himself a 25 year veteran of the United States Congress. On September 21, 1992, after his failed experience of trying to own and operate an Inn in Stratford, he wrote in Nation’s Restaurant News that: “I … wish that during the years I was in public office I had had this firsthand experience about the difficulties business people face every day. That knowledge would have made me a better U.S. senator and a more understanding presidential contender.”

The act of limiting such elected officials through term limitations is an idea that has been around since the nation’s founding. The idea’s most recent high-water mark was in 1994, when it was included in the now infamous Contract with America under the title “The Citizen Legislature Act” .

Here in Connecticut, 80 of the 187 State Legislators have been in their current office for a decade or more, and 12 have been in their current post for more than twenty years . Limiting legislative service to five terms in each body (or even four terms in each body, if one were inclined to save money on legislative pensions), would be a logical step toward opening the political process to more citizens.

The benefits of such a law are that it would create more open seat contests in legislative races, give new people the opportunity to serve in state government, and force legislators to go back out into the private sector after successfully completing their public service.

The most frequently noted rebuttal to term limits proposals is that they artificially deprive Legislatures of experienced leaders. But in Connecticut, where the average length of service for current legislators is nine years, the fear that term limits would decapitate the General Assembly’s leadership is unfounded.
But in this environment when so many of our Legislature leaders seem so poorly suited to so large a task, some new faces and fresh energy would be welcome.